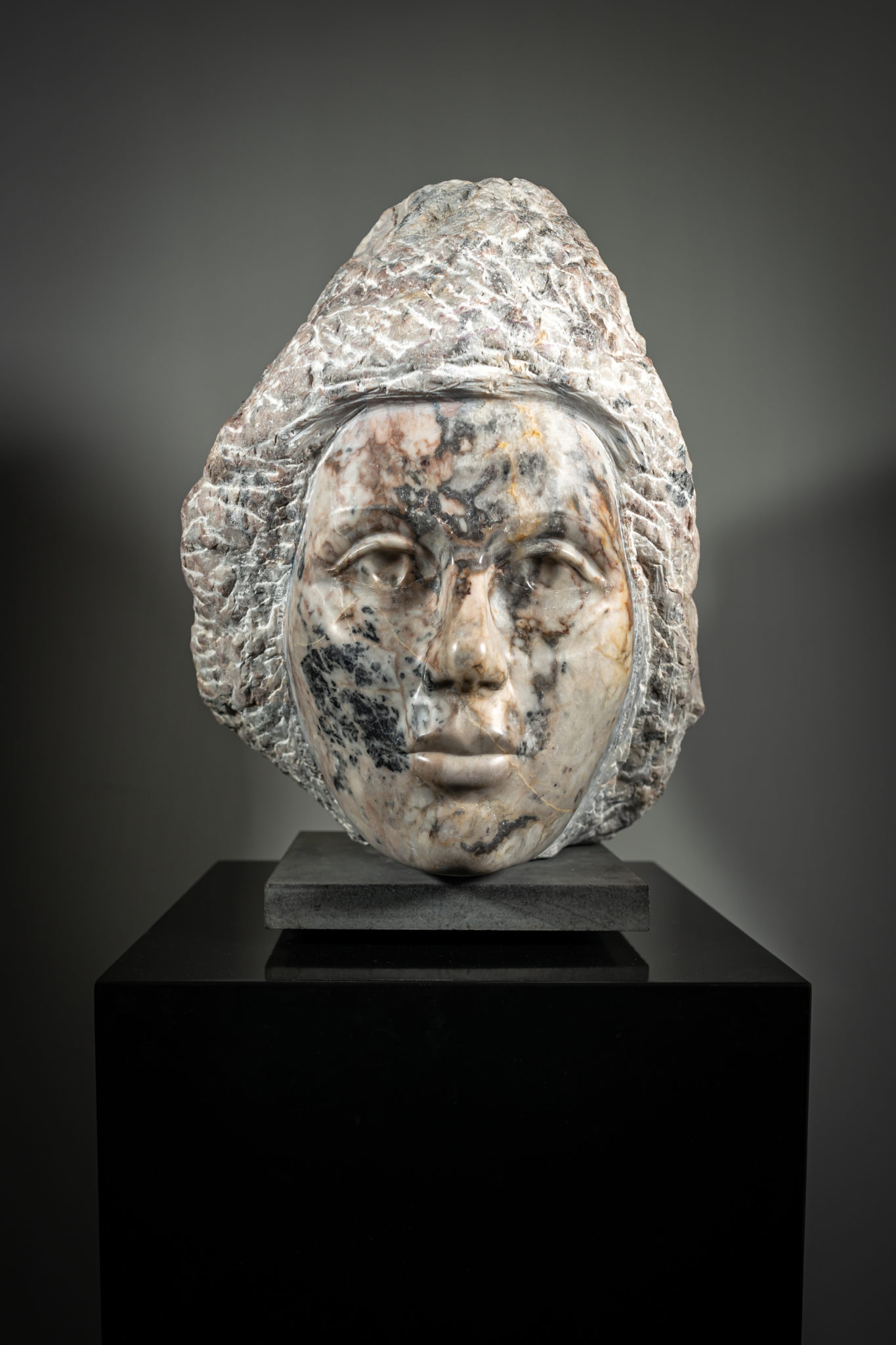 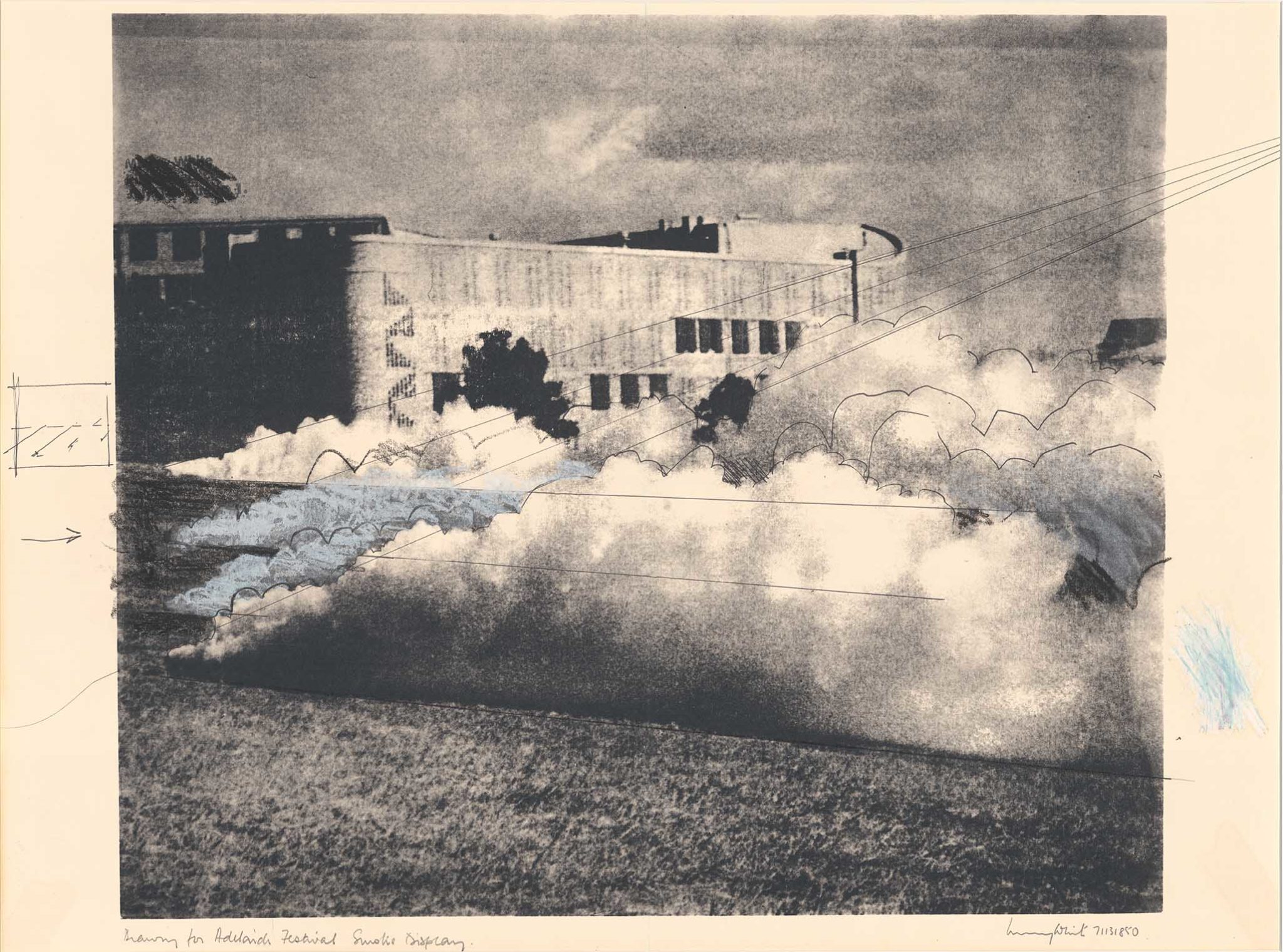 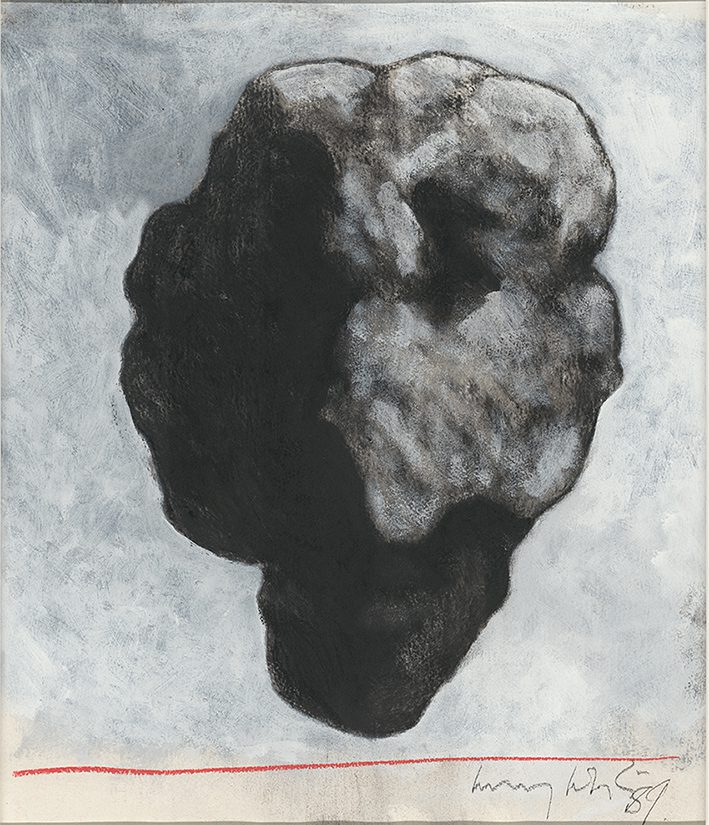 Clive Murray-White was born in 1946 in England and emigrated to Australia in 1959. He was a colleague of Euan Heng at the Gippsland School of Art, having joined the teaching staff in 1983 where he was the Head of Sculpture.

Early in his practice, Murray-White created work with welded and cast metal objects based on found objects. In the 1970s, he explored ‘post object art’ with smoke sculptures. His work Drawing for – Adelaide Festival smoke display is one such example that shows how he thought about smoke as a medium within sculpture. Over the photograph, the artist provides notation on exploring the potential to manipulate smoke.

In the 1980s, Murray-White transitioned to marble sculpting, finding importance in the material as something that comes directly from the ground we live on and a record of space and time. The work Minerva is named after the Etruscan goddess, who in Roman mythology is the goddess of wisdom, war, and art. Gods/goddesses as all-knowing beings are a concept visited in Murray-Whites work, with heads on their pedestals symbolic of intelligence beyond the body. The artist has described his marble head sculptures as ‘implying that the body has eroded’. The work is a contemplation of existence.

Murray-White was an active artist in the Gippsland arts community through Cowwarr Arts Space, which he established with Carolyn Crossley. Murray-White has been exhibiting since 1965. He has been invited to exhibit in many national exhibitions including Sydney Biennales and Australian Sculpture Triennials. Additionally, his work is held in several notable state collections, including the Australian National Gallery, The National Gallery of Victoria, The Australian Parliament House and many regional collections across Australia.