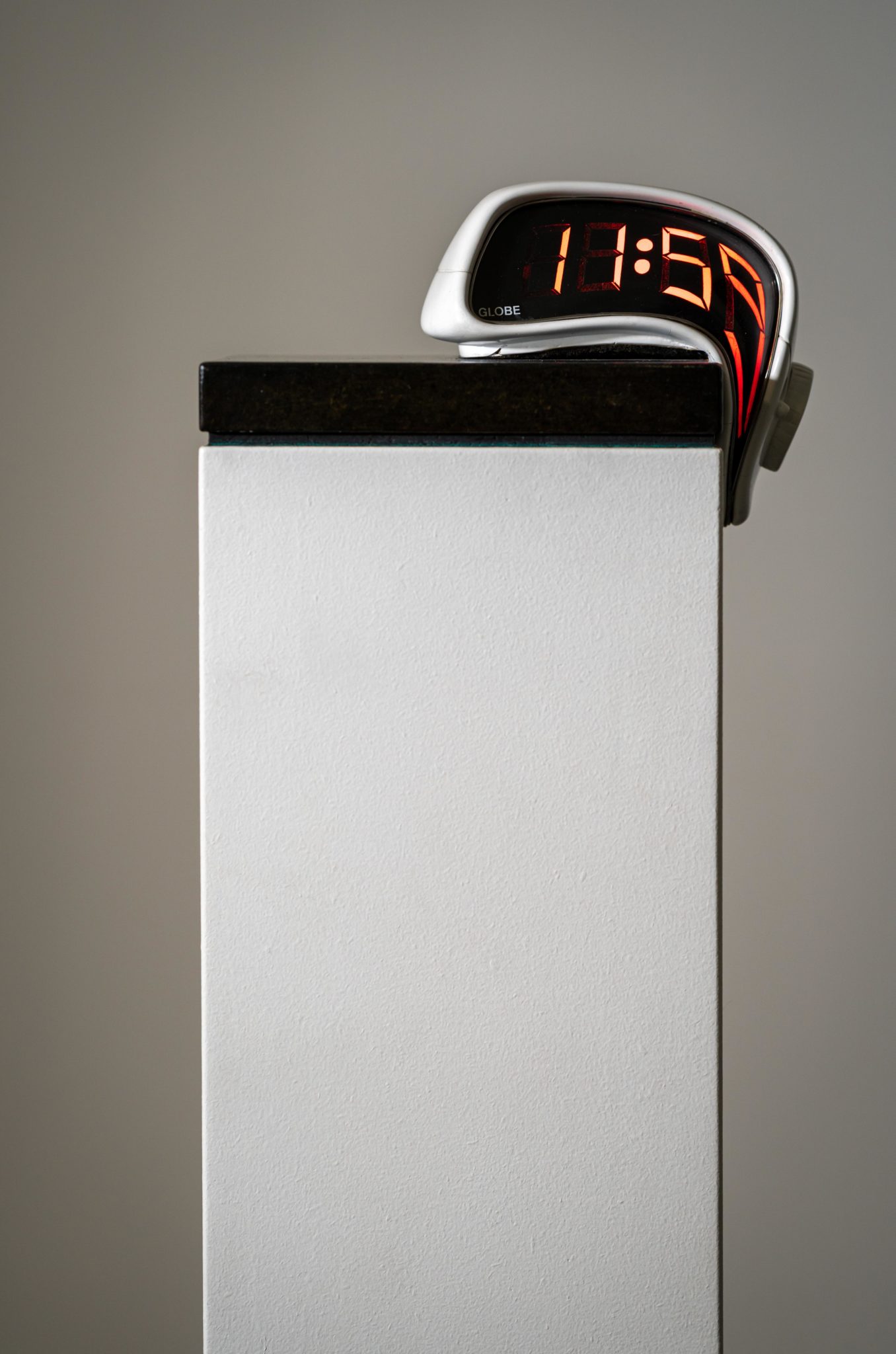 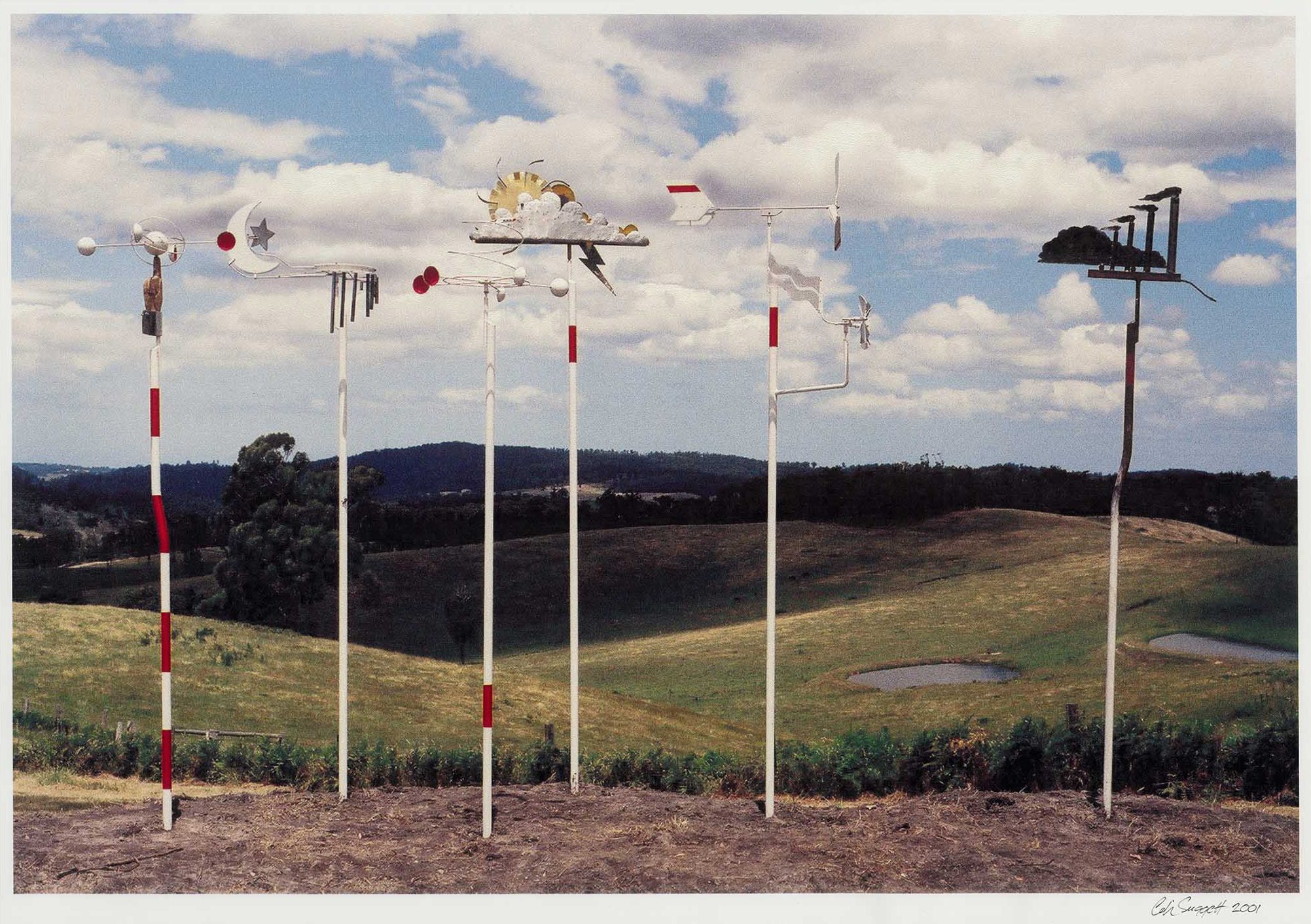 From an early age, Colin Suggett investigated using materials in inventive ways. His father’s interest in photography was passed on through his collection of film and photographic supplies, which would inspire Colin to create his film animations by drawing onto sticky tape. During his schooling years, he made a series of puppets designed with several moving mechanisms. The artist’s interest in art stemming from film and puppetry during his childhood remains in the complexities of his sculptural dioramas, many of which have kinetic parts.

Colin Suggett’s sculptural works address socio-political issues, often criticising society’s disregard for the environment. Other concepts often referenced are materialism, industry, and modern technology. Sometimes described as Lilliputian worlds, Suggett’s sculptures, such as Beach Specimen, incorporate scenes in response to the modern world at a miniaturised scale. The coastline sample, also illustrating the sedimentary layers of earth beneath, does not contain signs of humanity.

Suggett’s work is satirical in this way, suggesting an attempt to understand the environment without considering the continuous and often negligent impact that society has had on changing environment and climate conditions. This work also directly referenced South Gippsland and was created during the time of a proposed sewerage outfall to be located near Inverloch. The piece became a vital part of the campaign against the proposal, and was displayed in a local shop window.

Many of Suggett’s works are held at Latrobe Regional Gallery and in private collections. He has also developed several public art commissions, and his work has been shown in various solo and group shows and two retrospectives. In addition, Suggett lectured in sculpture for a decade at the Gippsland School of Art, Churchill, and resides in Venus Bay.