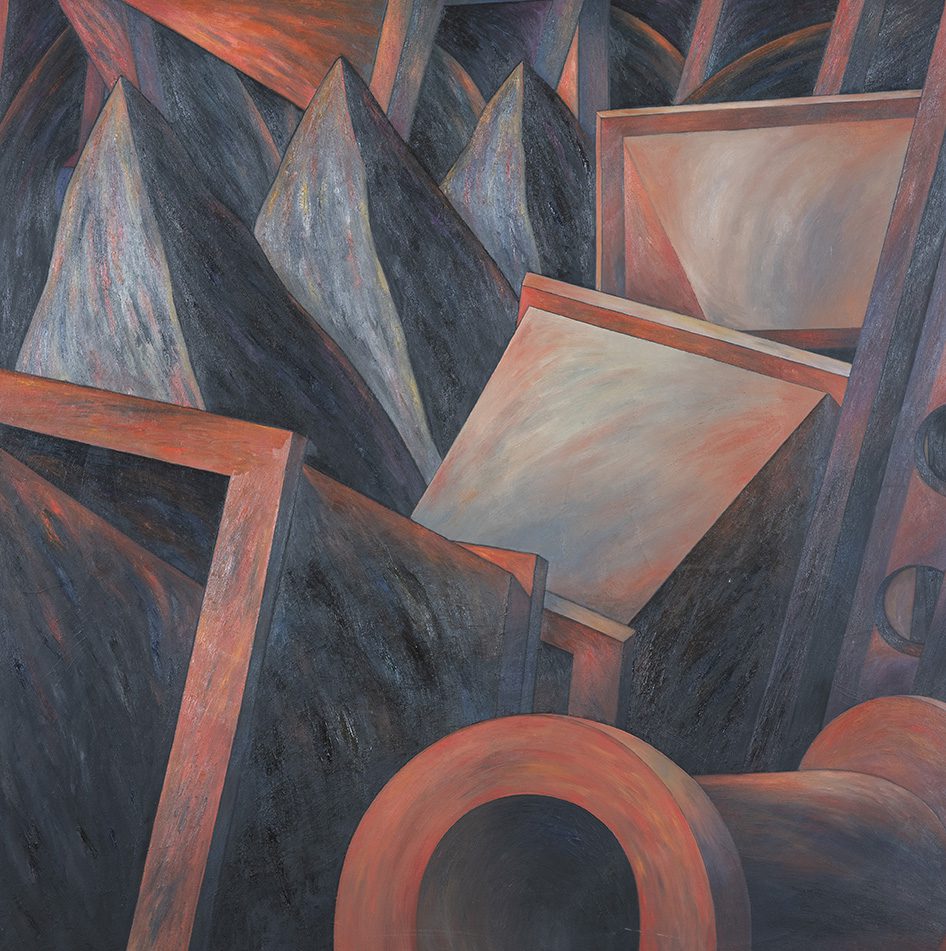 Euan Heng grew up in Lanarkshire, Scotland, a rural county bordering Glasgow, that drew many similarities to the Latrobe Valley in its industrialised landscape. Heng emigrated to Australia in 1977.

Heng is accomplished in painting, drawing, printmaking and, more re-cently, has been creating sculpture. He was the Head of the Printmaking Department for 14 years at Monash University, Churchill Campus, during which time he taught many artists in Gippsland.

Heng’s work is characterised by gradual inflections in pigment, working with the flatness of the painting’s surface, favouring clean lines and boldly articulated and abstracted shapes. In Jeeralang Still Life and Jeeralang Still Life I, Heng refers to the gas turbine power station and the industry of Jeeralang as a defining identity of the locality. Combining elements of the power station such as large vents, turbines, and steel supporting structures, Heng depicts the clunky, obtrusive nature of the mechanical factory materials. They are given a gargantuan presence, accenting the steel with red and green hues that highlight the reflective quality of the steel and the hazy glow that it emits.

Heng’s work is represented and exhibited extensively across Australia and Scotland. He has also undertaken several residencies, including a Royal Scottish Academy Residency in 2010 and the Drawing Room Project in 2018 with Deakin University. Niagara Galleries represent him.