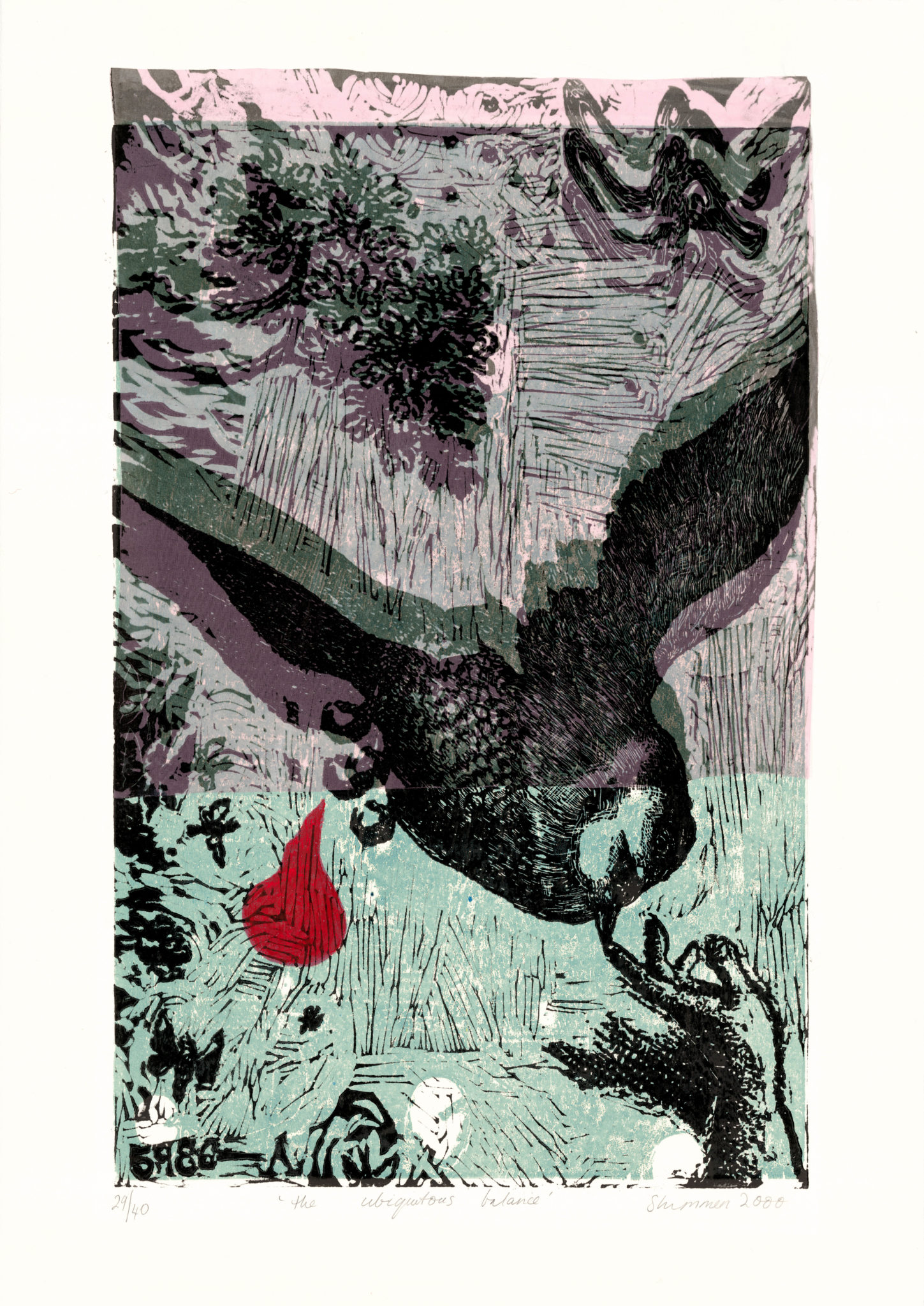 The figurative expressionist style of Heather Shimmen’s work draws on several influences, including historical imagery produced between the 16th and 19th centuries, mythology, tribal cultures, decay, and colonial histories. Through her richly layered prints, one is invited to investigate the resulting stories that emerge from the details, often crossing over between imaginative and factual narratives.

Shimmen worked closely alongside many artists from the ROAR studios artist group in her early career, conceived in 1982. Sarah Faulkner, David Larwill, Jill Noble and Wayne Eager were among twenty artists who founded the group to revive expressionism during a time when there was an increasing shift to critical ideas in Australian art. The influence the ROAR group can be found evident in Shimmen’s compositions and her collaging of elements from various sources.

In The ubiquitous balance, a bird meets the hand of a character existing beyond the frame. The layered fabric, also retaining an impression of the linocut image, adds dynamism and obscurity to the picture. The bird is one recurring figure in Shimmen’s work, as she refers to birds as possessing both fragility and endurance. This duality, explored through the bird’s symbolism, is echoed by other dualities in Shimmen’s practice, especially those depicted through cultural and religious stories, such as life and death, good and evil.

Shimmen’s work is held in numerous regional, state, and university collections across Australia, including the National Gallery of Australia, Art Gallery of South Australia, Artbank, and the State Library of Victoria. In addition, she has taught in several institutions such as Monash University and RMIT. In 1998 she was awarded the Silk Cut Award for Linocut Prints.