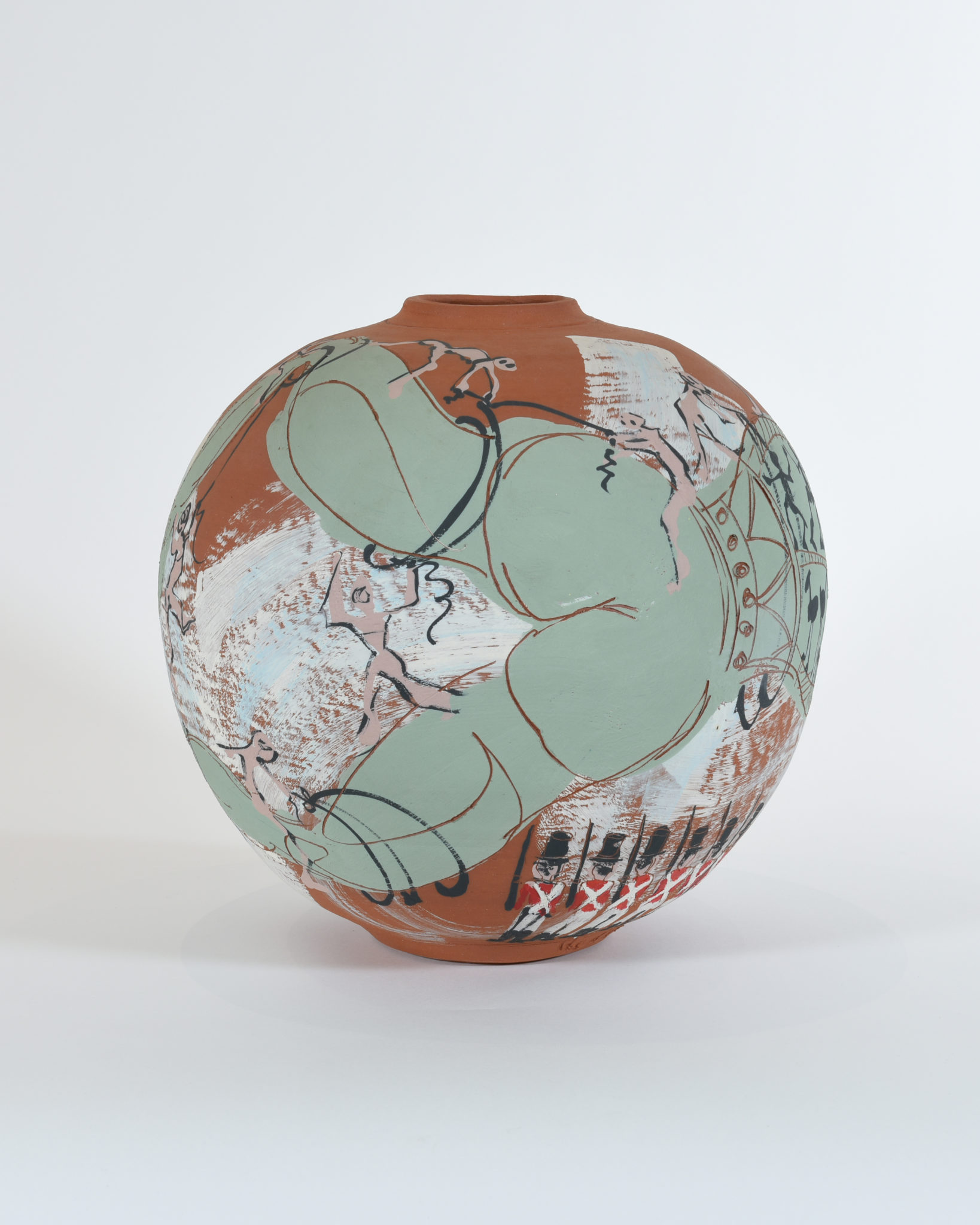 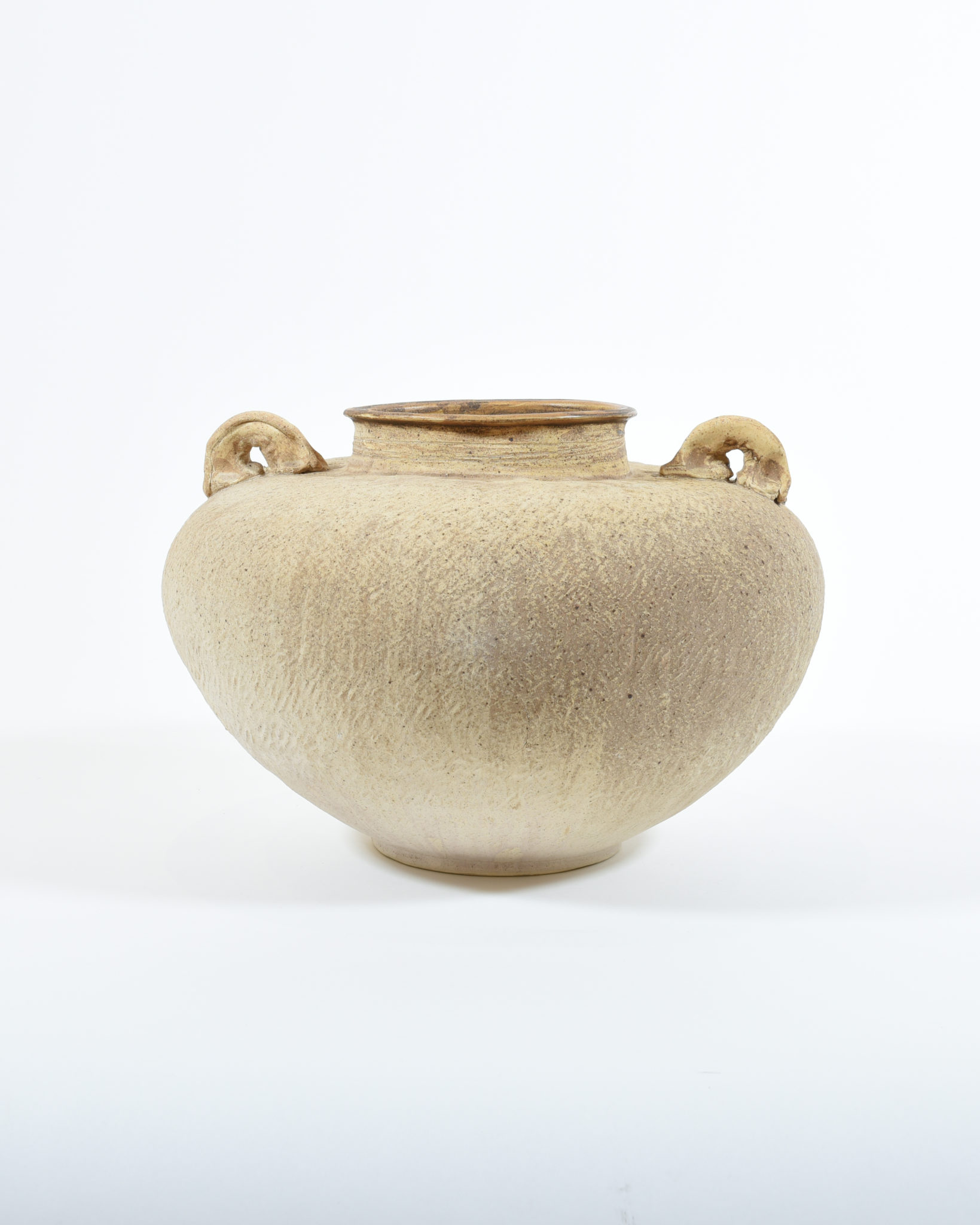 With a career in ceramics spanning over 50 years, Hedley Potts is an artist who takes an approach to clay as an expressive material. Through non-functional objects, he explores the potential of colour, texture and form in ceramics, ranging from minuscule pieces, life-sized figurative pieces and shapes inspired by socio-political narratives.

Potts studied at RMIT School of Art in 1960, where he took an interest in ceramics and the possibilities of clay. Potts arrived in Gippsland in 1972 to take up a position as the Senior Lecturer in Ceramics at what was then Gippsland Institute of Advanced Education. There had been no ceramics program when he came, and it was under his direction that ceramics in Gippsland flourished.

The artist has always been interested in theatre, which is apparent in the characters portrayed in his ceramics. The main protagonist of Gulliver Australis I is depicted on the vessel as a crocodile, being tied up by the Lilliputians. The story of Gulliver’s Travels has fascinated Potts since childhood. This work was part of a series that emerged through exploring the political commentary that can be read into the narrative of Australian history.

In 1995, Potts was selected as an artist in residence at Kingston Arts Centre following his sea-change to Bayside in 1994. Since that time, he has continued to work from a Ceramic Co-op studio in Moorabbin.