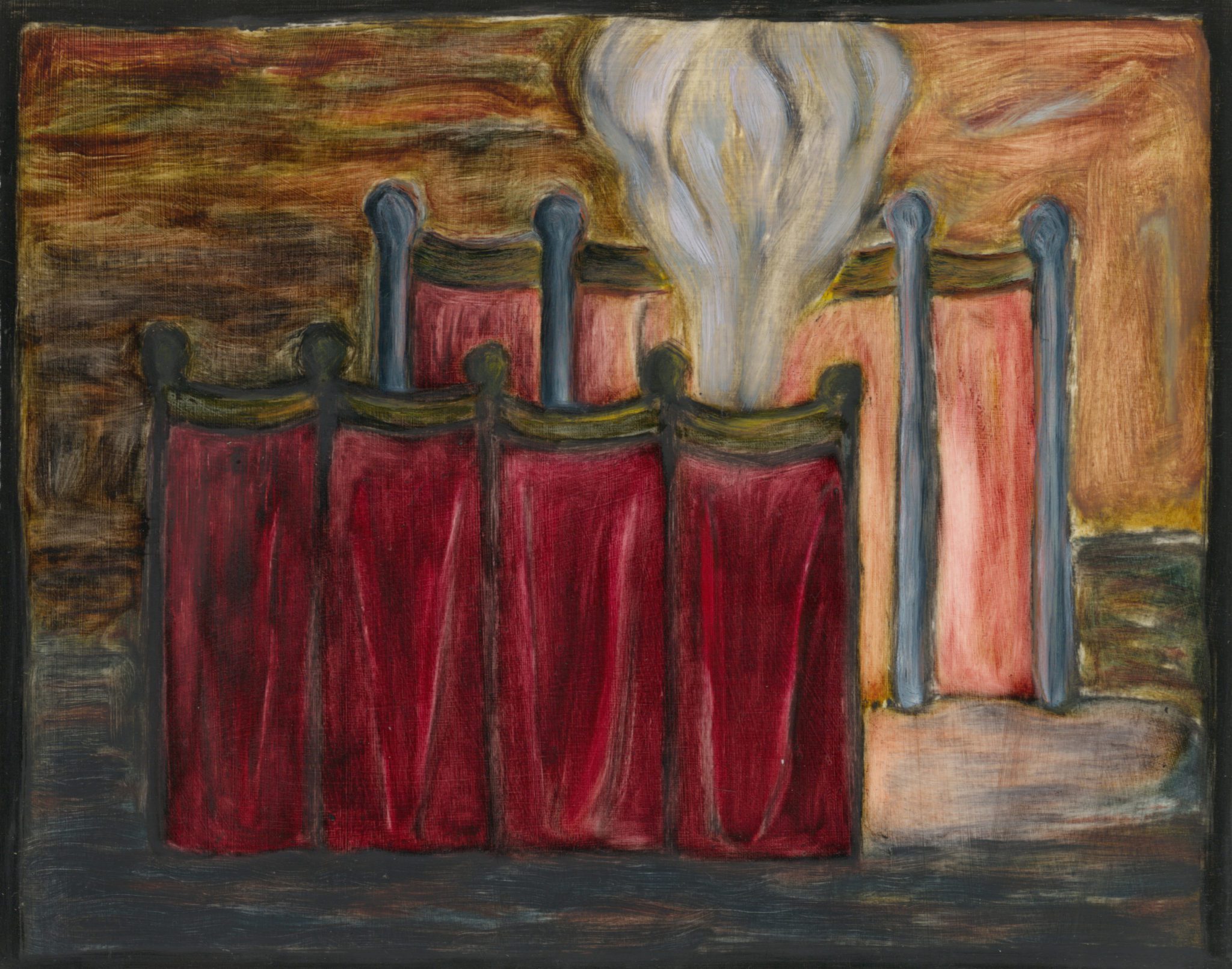 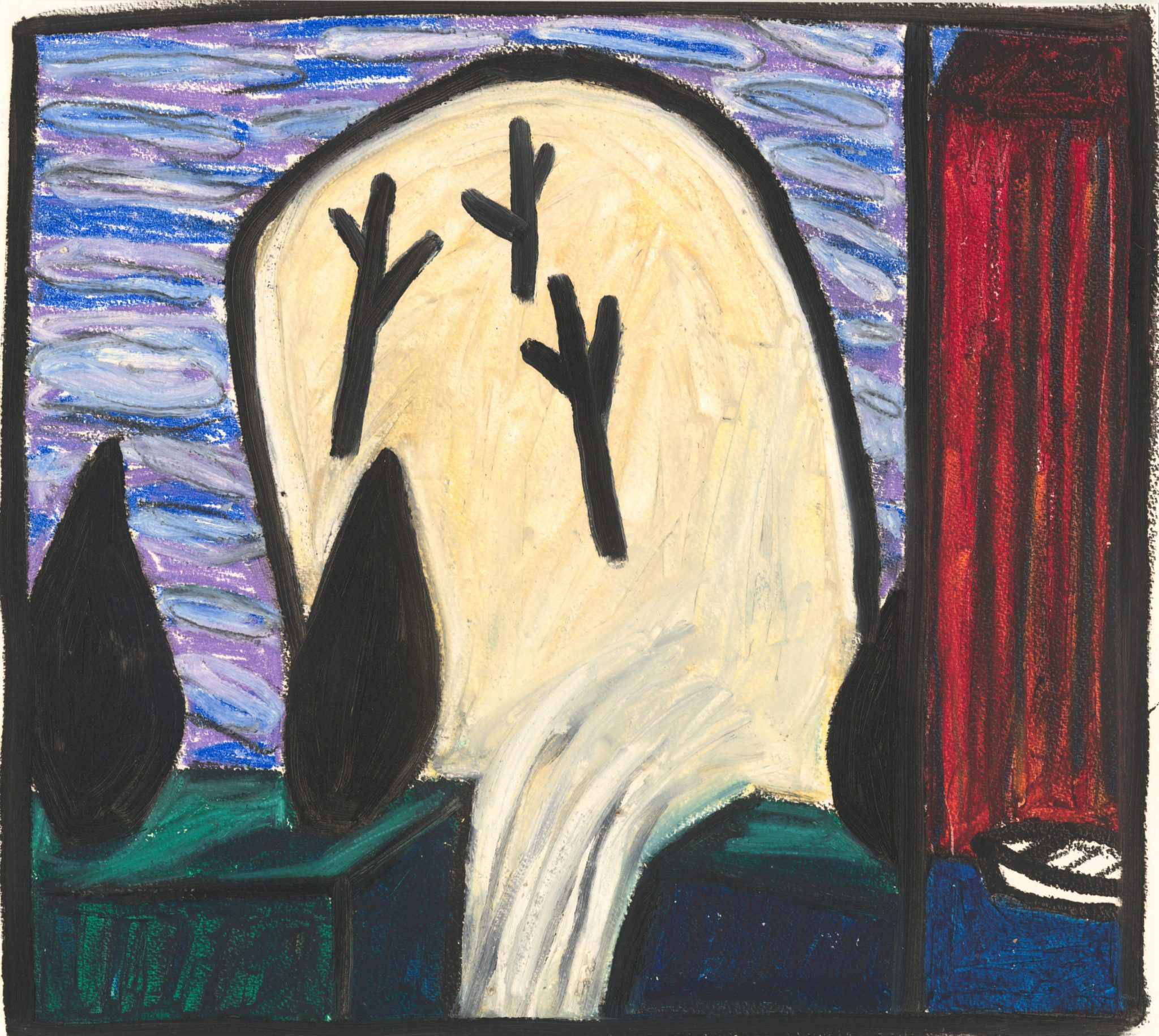 Julie Adams has been significant to contemporary art in Gippsland, not only as an artist herself but also through various arts management roles, including five years as Arts Director at Latrobe Regional Gallery. For several years Adams was also Head of Gippsland Centre for Art and Design, Monash University, where she also lectured in painting and drawing, among other tertiary institutions.

Along with several artists featured in this exhibition, Adam’s work was included in the touring exhibition Contemporary Gippsland Artists which toured from 1990 – 1992 throughout Victoria and interstate. Surrendered Secrets, a reticent, mysterious piece, was included in this exhibition – an oil painting illustrating a cloud of smoke emerging from behind two panelled curtains in an overshadowed setting. The viewer is prompted to ask, ‘what is concealed behind those curtains?’ Or a viewer may ask, ‘what is it that is causing the smoke?’. The first response might be a fire, perhaps a perplexing machine or a chemical reaction, but it would not be such a leap to consider supernatural forces or an occult ritual in this painting.

The history of relics and ruins, performative rites and rituals have been a long-time interest for the artist. Adams travelled for several months around the UK and Europe early in her career, visiting ancient sites including Stonehenge, Newgrange and the standing stones in Carnac. The artist immersed in these environments and locations of archaeological and religious artefacts propelled her work into an exploration of longing to grasp the unknowns of the universe.

Living and working in Gippsland, Adams’ experiences and journeys through the landscape also make their way into her work. These ideas of desire to comprehend the unknown by looking at historical legends and relics are translated to reference the magnificence and diversity of the Gippsland landscapes.