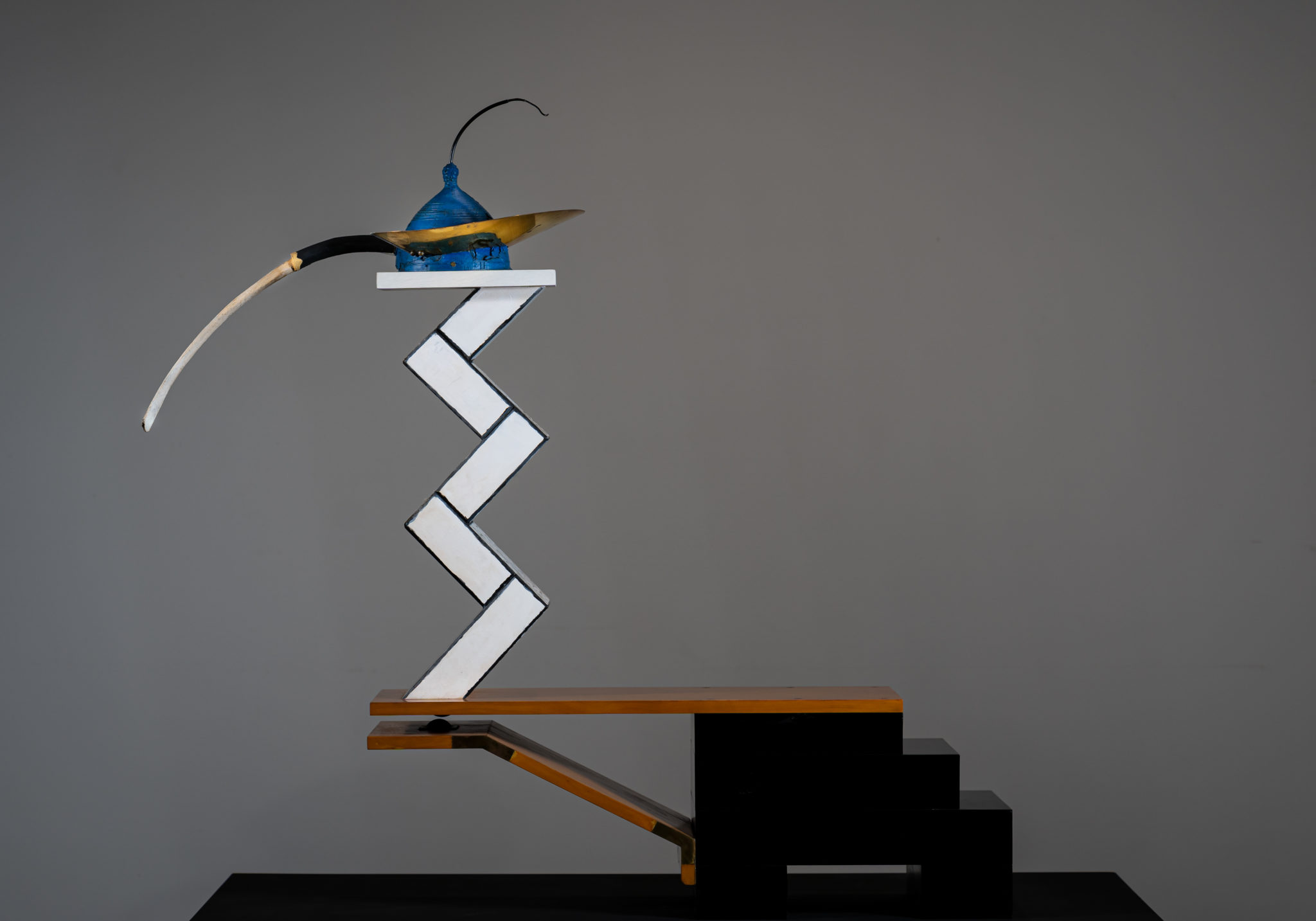 Kevin Mortensen was born and raised in the Melbourne suburbs. However, he always had a meaningful connection to Gippsland – a place he considered a sanctuary surrounded by the natural environment. His connection to the area was established through family ties to the region, and since 1985 he has lived and work in Venus Bay.

Mortensen’s practice works across various media, including drawing, painting, sculpture, installation and performance. Mortensen has returned, again and again, to themes of the ocean, landscape and animal life, often time – birds. The motif of the birdman recurs in much of Mortensen’s practice. This interest has grown out of partaking in the Danish ritual known as fugleskyding (which translates to “bird shooting” in English) since childhood. Over time, Mortensen’s Danish heritage has become an increasingly important aspect of his practice.

The eclectic sculpture, 2 ½ With Pike, contains the bird motif, nesting on top of the zigzagged platform. The beak extending out to the left is like an ibis – a bird common to the artist’s home’s wetlands. The ibis is also a motif of ancient Egypt and was sacred to the god Thoth, the god of equilibrium. By this reading, notions of spirituality and balance are delivered through the forms and composition of Mortensen’s work.

During the 1970s and 80s, Mortensen lectured in art at RMIT. During this time, his work was featured in multiple Mildura Sculpture Triennials and the Biennale of Sydney. In this period, he became an established figure in Australian art, representing Australia in the 1980 Venice Biennale alongside Tony Coleing and Mike Parr and exhibiting in 1981, 1984 and 1989 Australian Sculpture Triennial.