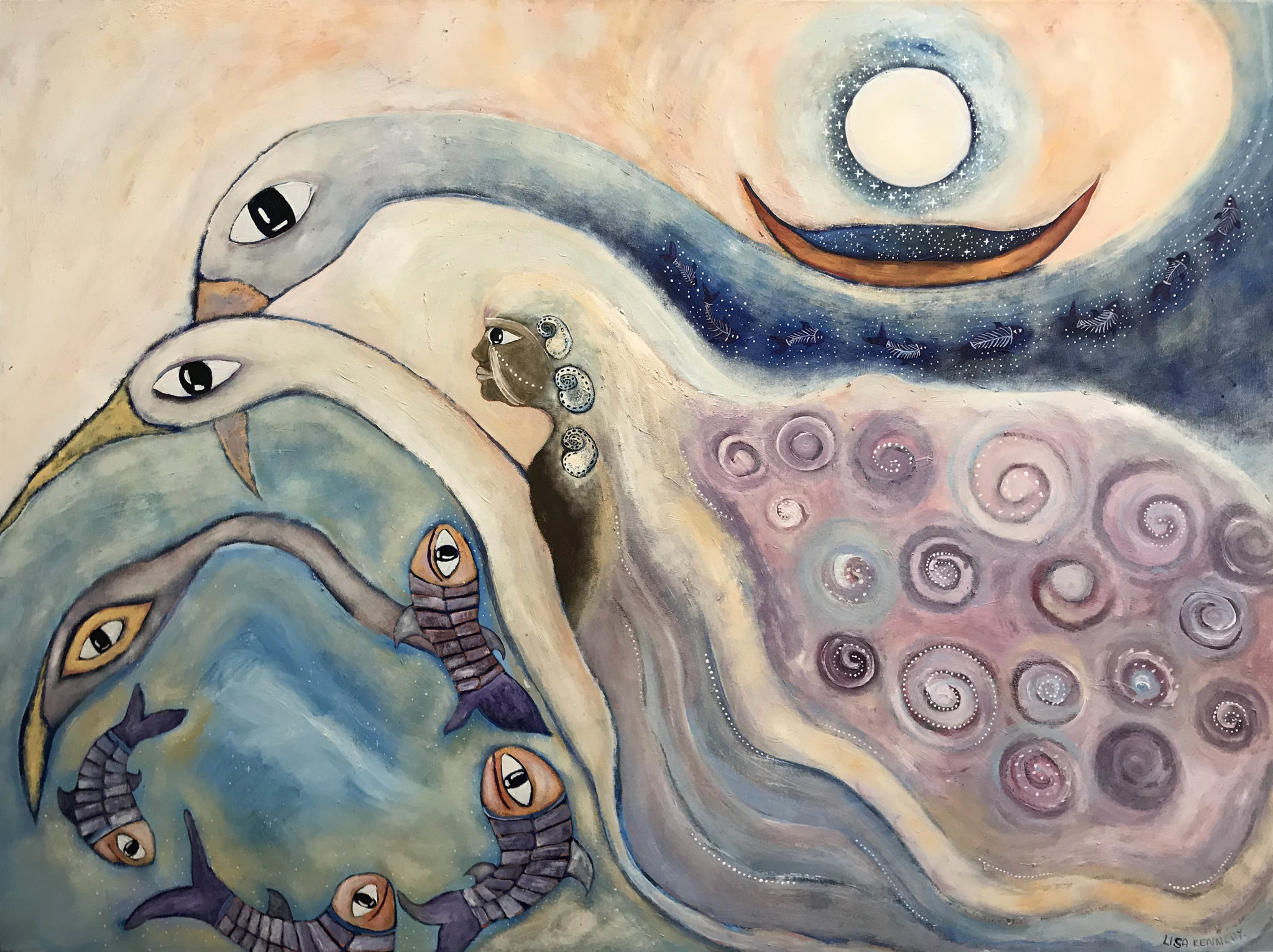 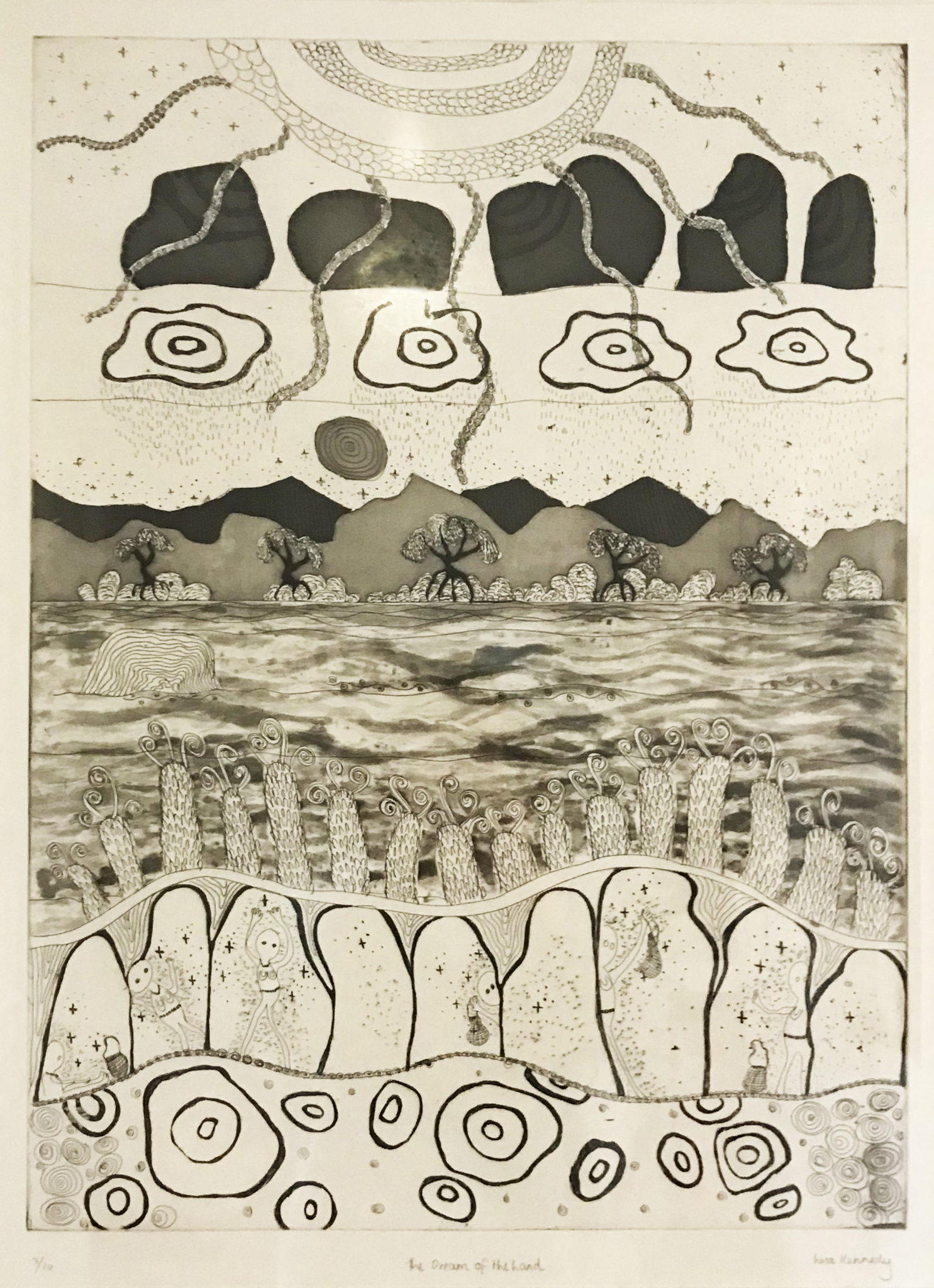 Lisa Kennedy was born in Melbourne and grew up close to the Maribyrnong River. She is a descendant of the Trawlwoolway People on the northeast coast of Tasmania. She is currently based near the coast of South Gippsland. Through her experience living near a natural river environment, Kennedy developed a deep connection to Wurundjeri country, which she draws on in her work. The gradual restoration and reclamation of the environment are also important themes embedded in her work.

Murrambakannya Niripa (Old Woman Spirit of Salt Water) illustrates an Aboriginal spiritual figure emerging from the sea. However, the spirit is one with the ocean and the marine animals and appears to be watching over all that passes through the Country. The sea has vital spiritual and cultural importance to Aboriginal People, and they view the land and sea as interconnected Country. For the Aborigines of lutruwita (Tasmania), the sea holds significance as they have always been seafarers and builders of seafaring vessels. This is referenced by Kennedy’s inclusion of a canoe in this painting.

Kennedy’s etchings are held in the National Gallery of Australia, Canberra, which she produced in 1999 while at the Australian Print Workshop, Fitzroy. She has participated in many exhibitions and, in 2005, was short-listed for the Deadly Art Award of the Victorian Indigenous Art Awards.