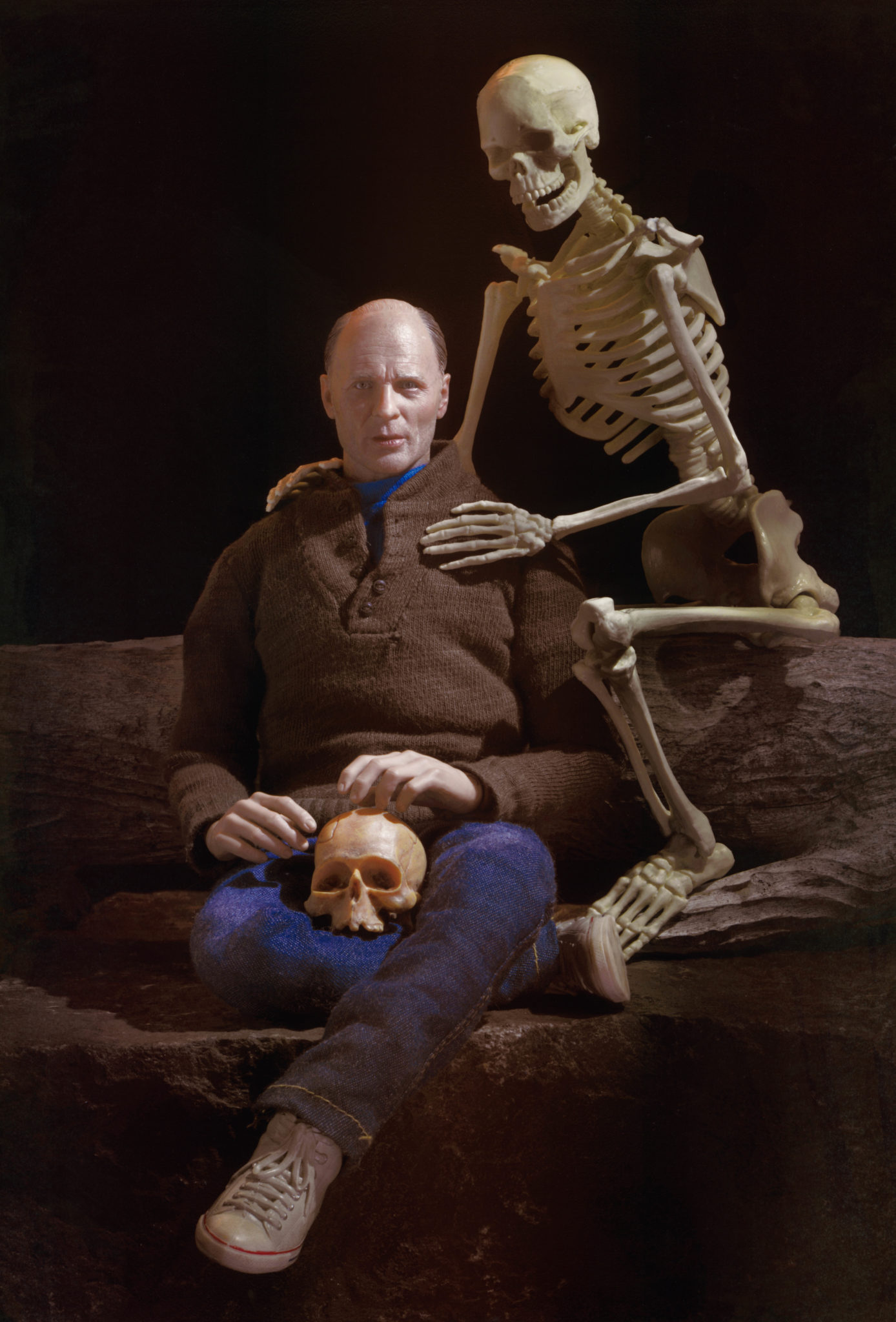 Neale Stratford is an artist based in Churchill, Gippsland, who draws on his experience living with Asperger’s Syndrome to inform the concepts explored in his work.

Stratford has been interested in toys from a young age, particularly figurines of pop culture and science fiction characters. These characters are posed to create dioramas that reference compositional styles and dark themes used in historical artworks, such as works by Goya and Caravaggio. Whilst his work can be read as satirical, it is mainly introspective and psychological. Using this constructed fantasy space, the artist explores scenarios derived from the imagination, analysing deep and often disturbing thoughts within the human psyche.

Having experienced the limitations of communication in the realm of words, Stratford finds art to be an escape and method of expression. Stratford draws on his association with the figurines he uses, as in Being Comforted by Death. In the reality that he creates within the image, he perceives himself as embodying the character’s persona. In doing so, Stratford investigates ideas of identity, internal and external perception and emotive memory.

Neale Stratford has obtained a Master of Visual Arts in 2009 and completed a Master of Fine Art in 2014 from Monash University. He has participated in several group shows and multiple solo shows across Victoria.