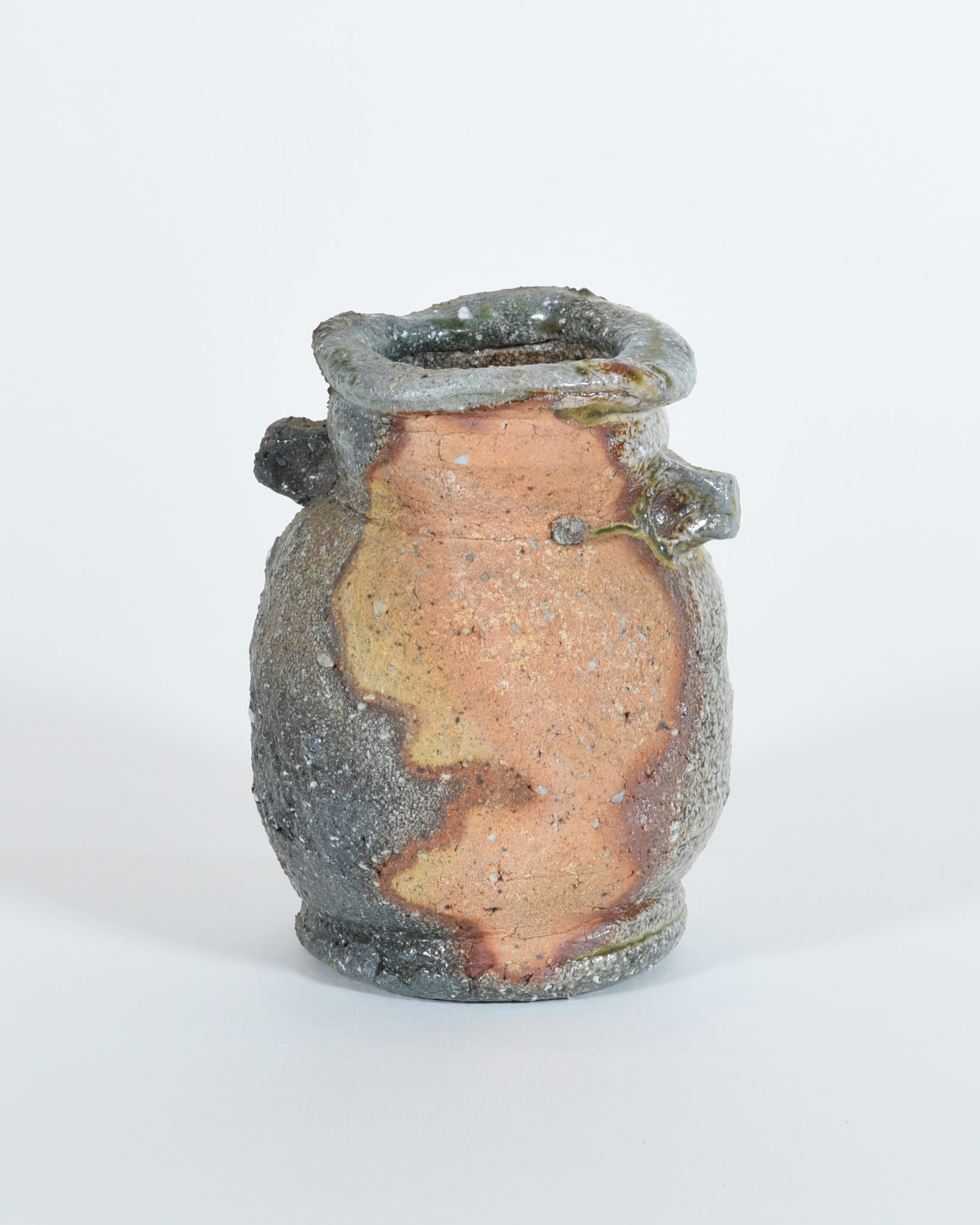 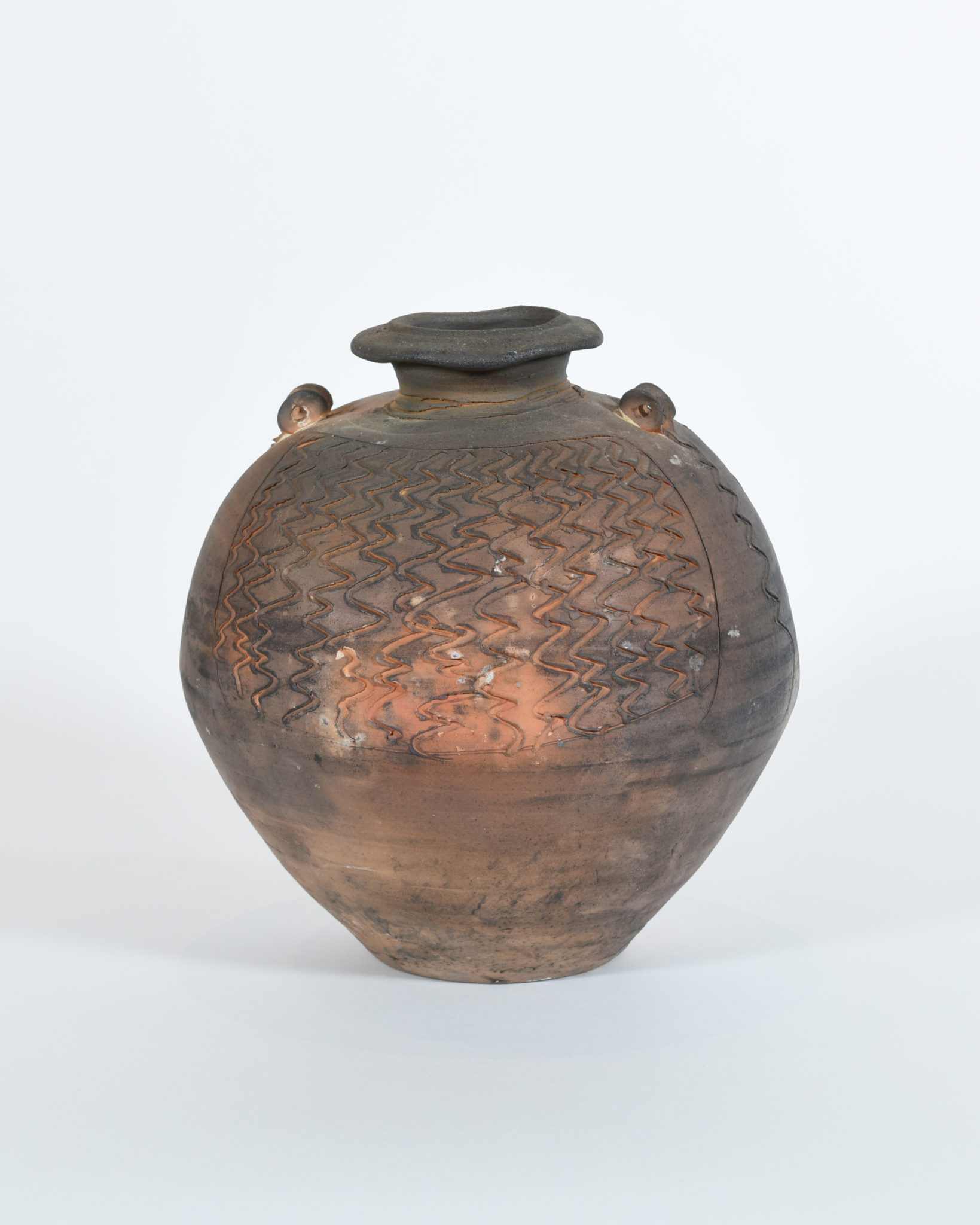 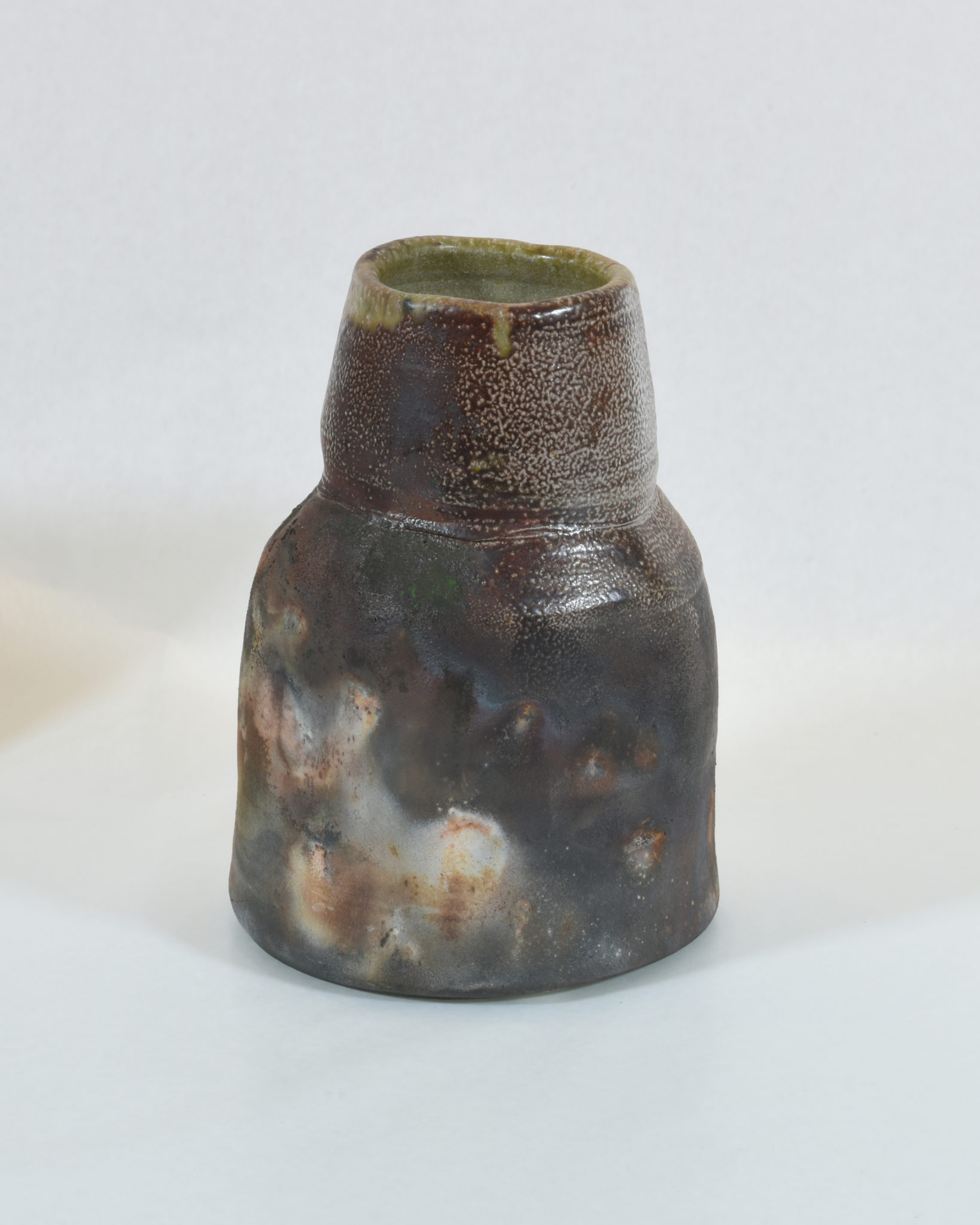 Owen Rye is an internationally recognised artist in the ceramics field and has been a leading artist in the contemporary wood-firing movement. Rye completed a PhD in ceramic arts in 1970, which was the first in Australia in that field. He taught ceramics in art schools – for over 25 years – first at the Canberra School of Art and then at the Gippsland campus of Monash University in Churchill.

Living and working in Boolarra South, the rural bushland environment provides constant fuel for his process in using a wood-fired anagama kiln. This type of kiln originates from ancient pottery from the 5th century, first used in Korea before Japan and China. The surface appearance of the final work is affected depending on the placement of the ceramic in the kiln. An ash glaze is created wherein some parts, the embers coat the piece.

The variation produced throughout the surface of the work is particularly evident in Vase 7, where the ash deposit creates an encrusted texture, as though having accumulated fossilised remnants of earth. The artist’s interest in archaeology becomes an apparent reference in this piece, speaking to historical processes, the evolution and the correlation between lifestyles and human practices over thousands of years. The degree of chance involved with this firing process is visible in Dark Vessel, with the ash deposit creating a gradient of umber to ochre browns.

Rye has exhibited widely in Australia and internationally and curated woodfire survey exhibitions, teaching workshops, and producing writings on ceramics and archaeology throughout his career.