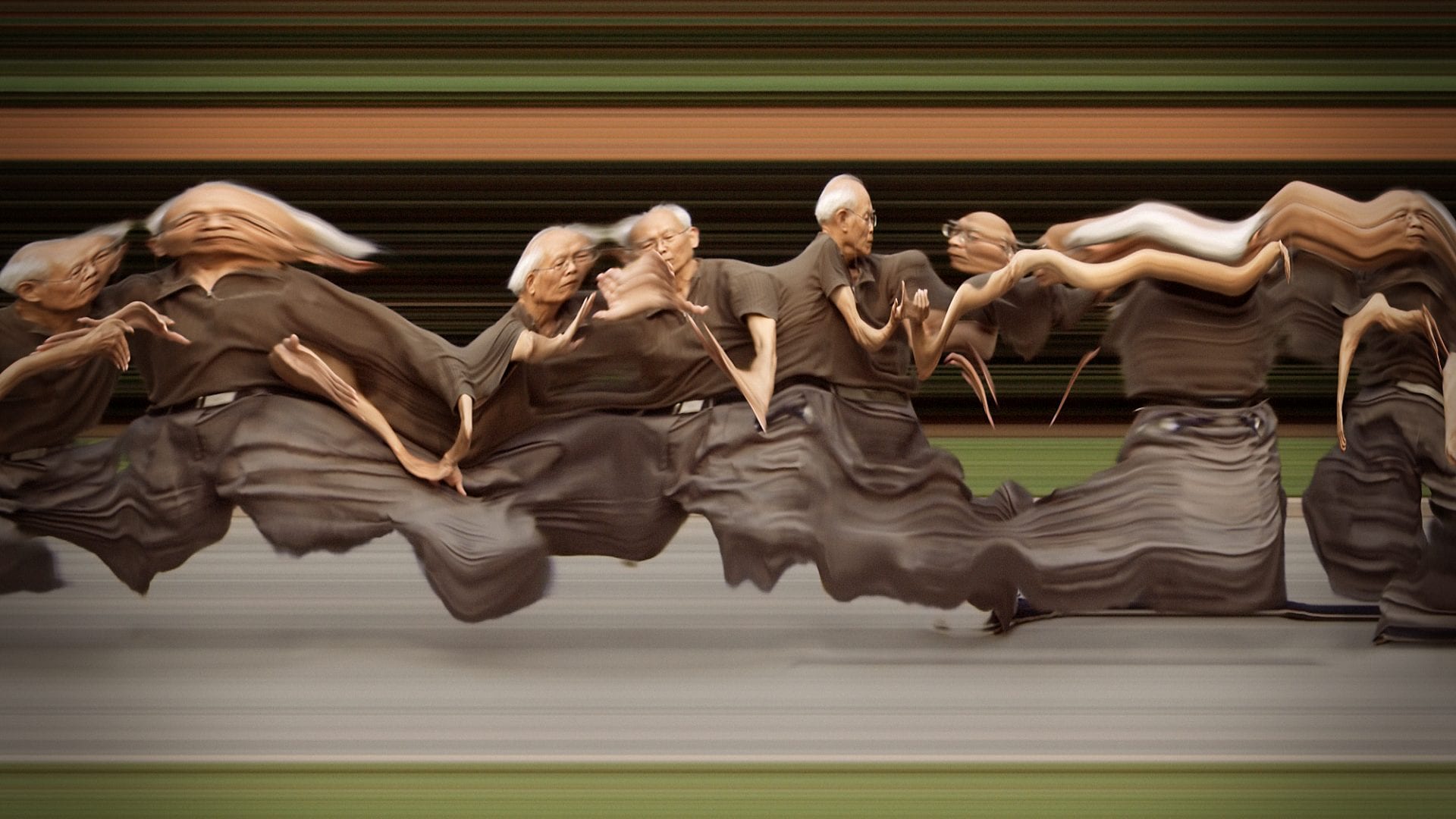 Daniel Crooks’ award winning work has been shown extensively in Australia and internationally. His practice spans a range of media, including sculpture, photography, installation and video.

Static No.12 (seek stillness in movement) is part of the Time Slice series, Crook’s ongoing project which he began in 1999. This single-channel video depicts a simple garden courtyard in Shanghai, where an elderly man is performing a Tai Chi routine. Stillness in movement (as in the title of this work) is part of the ethos of this centuries old public and private practice of Tai-Chi. The artist presents slow motion footage which gracefully captures the fluidity of movement, creating a meditative and hypnotic atmosphere for the viewer. However, this quiet meditation is suddenly altered, when the movement sensuously shifts, causing the performer to unexpectedly distort and multiply, as though being viewed across multiple dimensions simultaneously. The meditative transforms into the mind-expanding, as the soundtrack pulsates and buzzes in sync with the morphing imagery.

In creating Static No.12 Crooks used a digital cinema camera and a special digital editing process. Sections of the moving image are sliced, distorted and then placed back into the video, resulting in a poetic and hypnotic work that leaves us in a meditative state of heightened awareness; causing us to reconsider our customary perceptions of linear time and space.