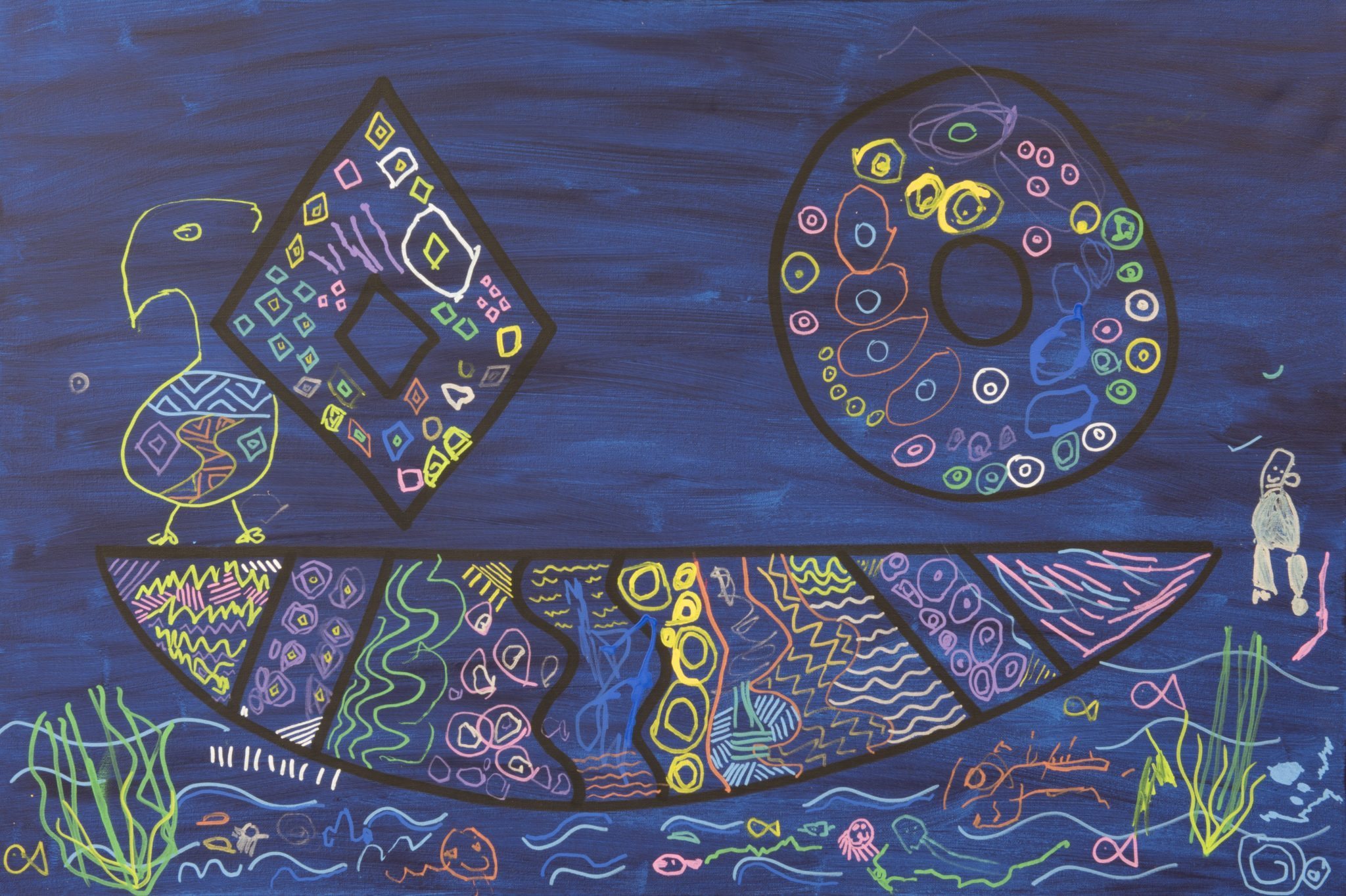 10 preschools located in Latrobe City have created artworks responding to the story of Borun and Tuk.

There was a time when the first Gunai, who was Borun the Pelican, came down from the mountains of the northwest and reached the level country. He crossed the Latrobe River near Sale and continued his journey to Port Albert; he was alone carrying a bark canoe on his head. As he was walking he heard a constant tapping sound but, look as he may, he could not find the source of it. At last he reached the deep waters of the inlet and put his canoe down. Much to his surprise, he saw a woman sitting in it. She was Tuk the Musk Duck. He was very pleased to see her and she became his wife and the mother of all the Gunai.