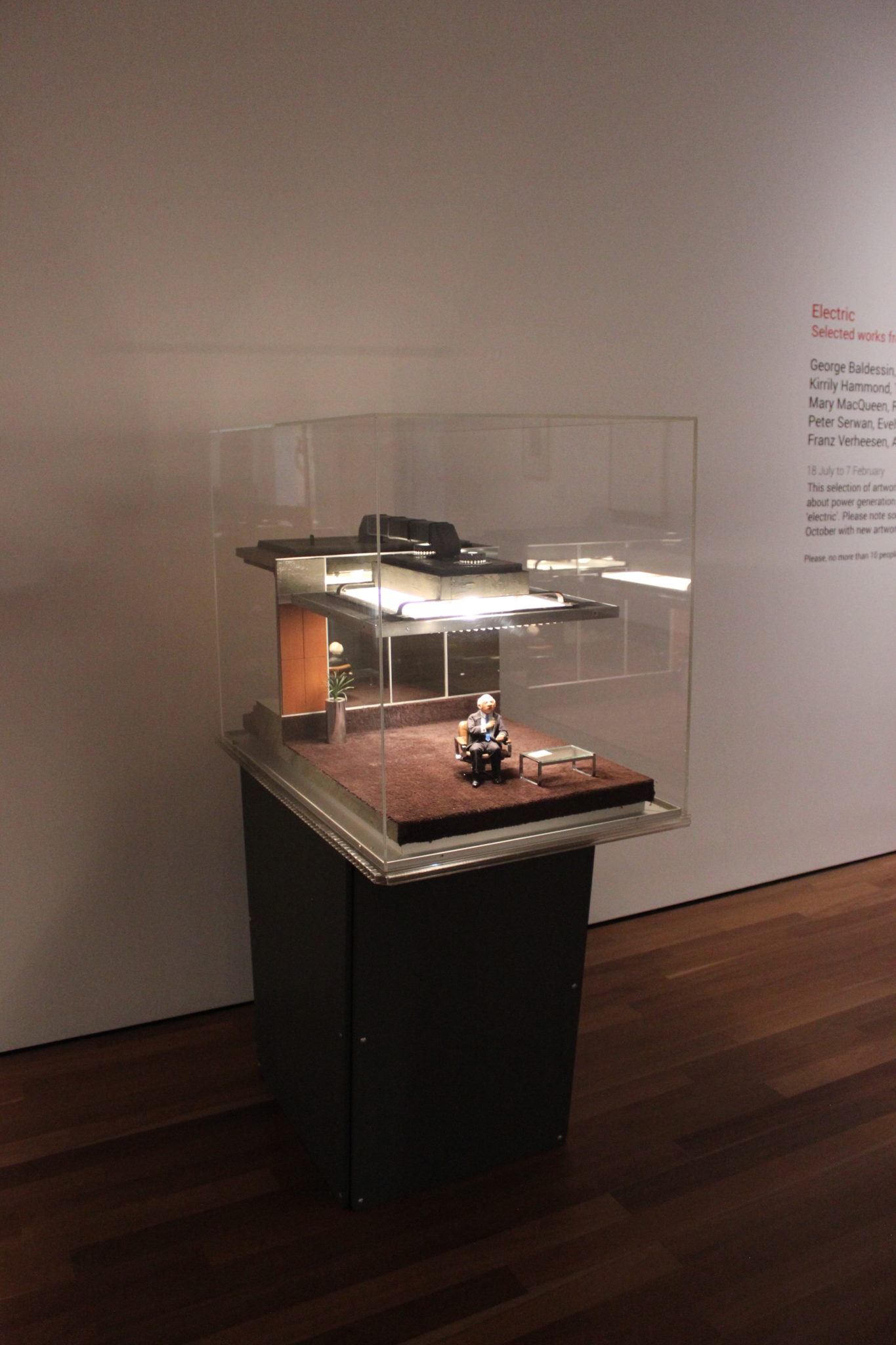 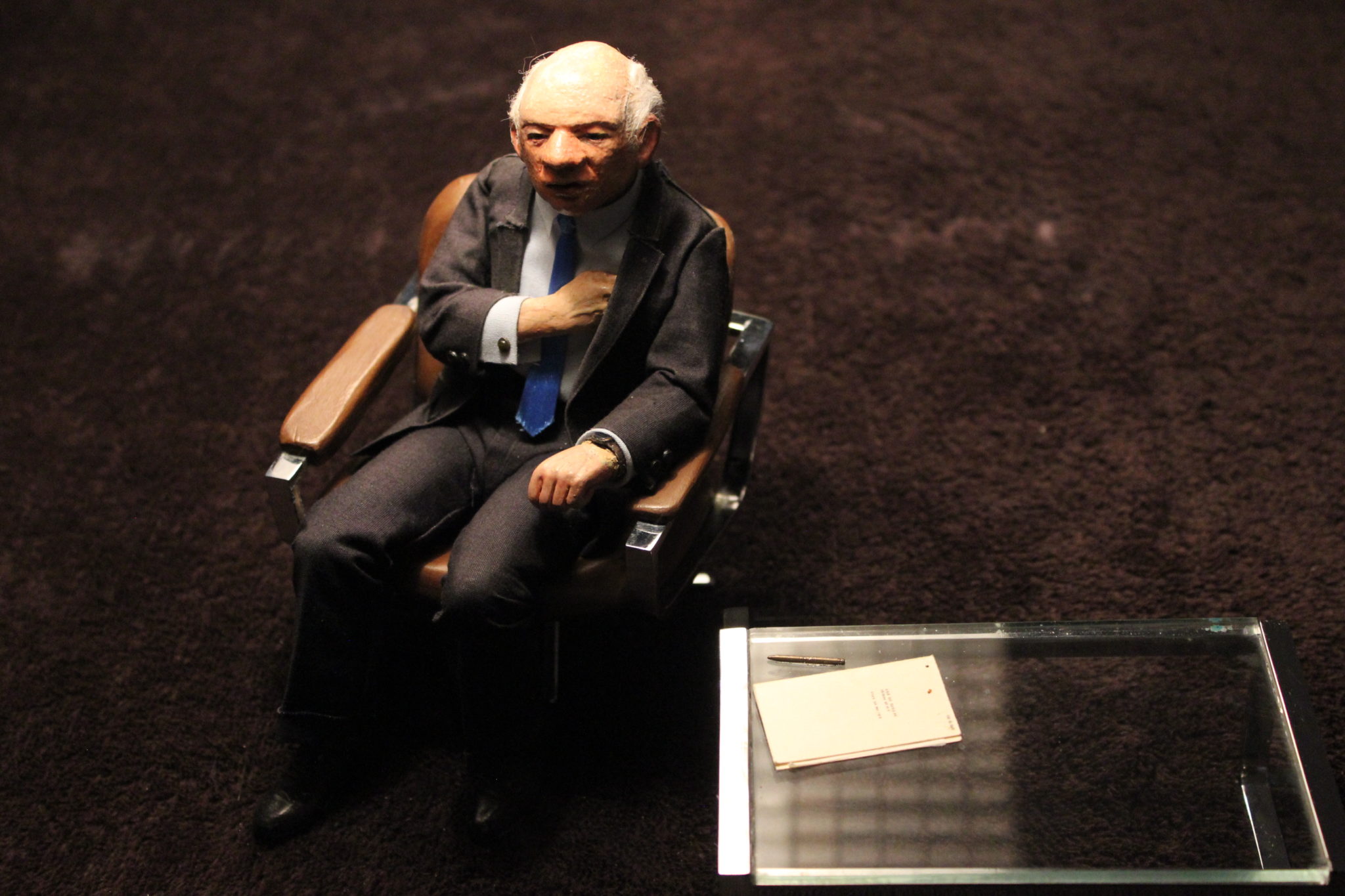 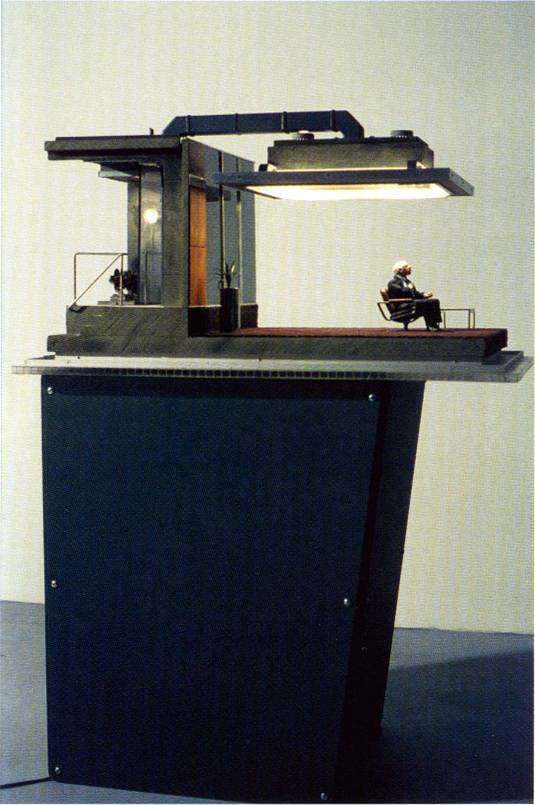 In the works in this pairing, both Colin Suggett and Random Acts of Elevator Music (the collaboration of Matt Adair and Nick Wilson) explore constructed realities that depart from the natural world. In Suggett’s The $1000 Chair a reality is designed through a diorama, a miniaturised world which can be scaled up within the imagination. A virtual reality can be visualised in Random Acts of Elevator Music’s Spreadsheet Dreams, a realm formed through the soundscape.

In Suggett’s work, the figure looks out windows of his near-empty office, coming to a moment of stillness and reflection. This sense of placidity and space can also be observed in Spreadsheet Dreams, as digital bleeps run in the background like a heartrate monitor. A meditative experience is emulated with an eerie melody played over the computerised sounds in segments, as though drifting in and out of focus.

The melody in Spreadsheet Dreams also creates the impression of a vast, digital space – a synthetic world that is multiplex and unfamiliar. Shifting between minor intervals clashing harmonies gives the sense of melancholy and sorrowful mood. Inhabited only by digits, pixels, and the transmission of data at a microscopic level, it is a labyrinthine void.

This antithesis of a space both infinitely intricate and desolate at once can be equated to the suggested narrative in The $1000 Chair. Building a life primarily concerned with corporate success, the man in the chair has become lost within the fabricated promise of happiness achieved through money and materialistic reward. The sparsity of the office space reflects their inner self, the result of isolating themselves from meaning beyond career success.

Statement from Random Acts of Elevator Music:
New age synths and melodies are overlaid with glitch aesthetics, low-fi production, improv attitude and a Situationist philosophy drawn from the office CBD performances where this music began. Solving an incomplete formula error results in a good night’s sleep for the locked-down HR Change Manager.

To discover more from Random Acts of Elevator Music/City Frequencies, head to: