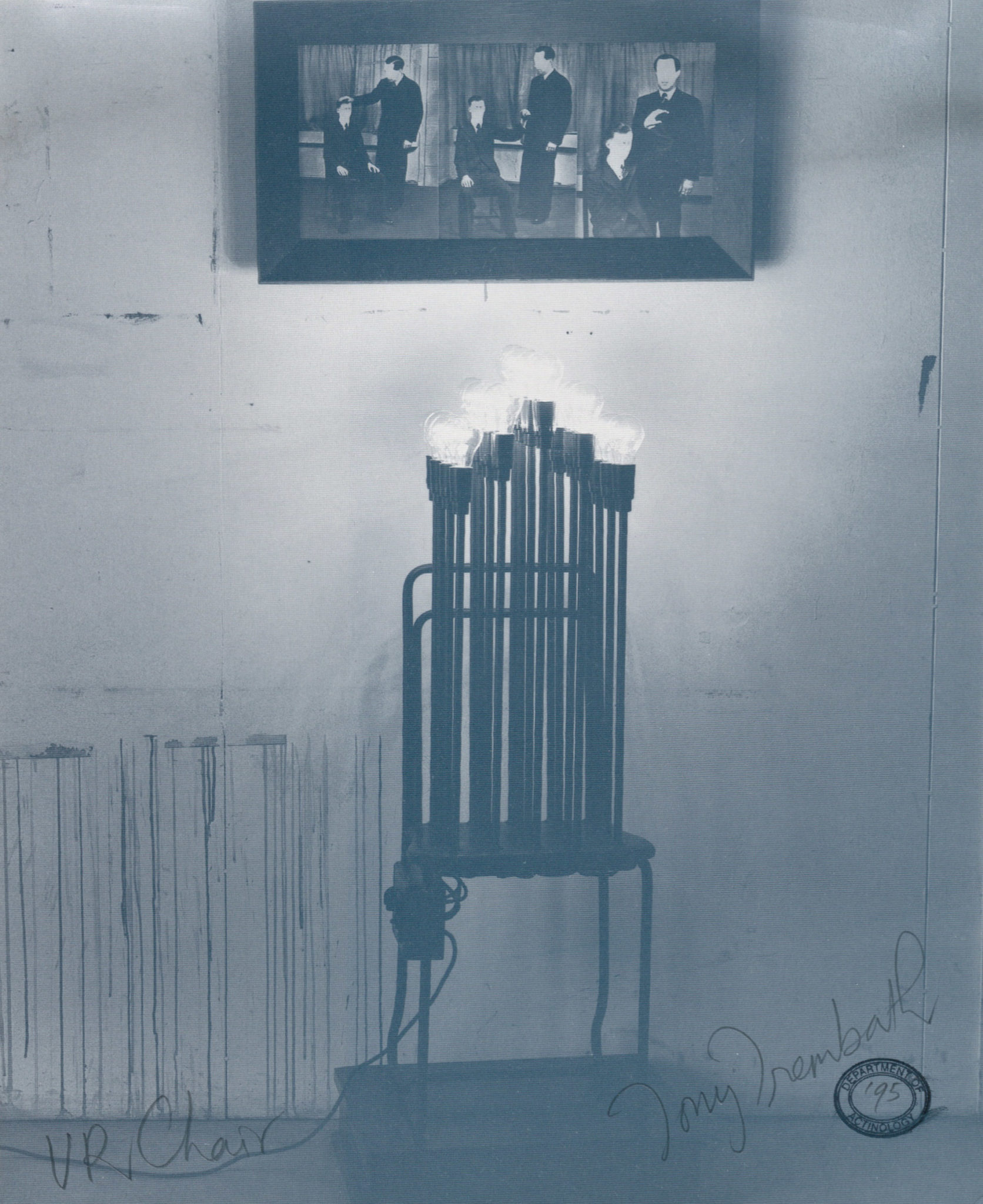 The sonic qualities in the track Mulch by The Zone (aka Oscar Parkes) can be linked to the imagery in Tony Trembath’s VR Chair. The offset printed photograph, in faded blue-grey tone, documents an installation in which Trembath positioned a chair with rows of tall lights on a pedestal. The lights form an arrow shape, pointing up to and illuminating photographs of two men interacting.

Whist the image is static, there appears to be something more happening within the work. The image is suggestive of an event, a stage prepared for an experimental encounter with the supernatural. Consecutively, the three photographs above the chair record a sequence of actions which could be read as instructional, but also imply transference of energy through the human psyche and through time. This transmission from an intangible source is made visible through hypothetical apparatus.

Paired with VR Chair, the sounds in Mulch could be interpreted as an audible manifestation of energy, superseding its materialisation through light. Fluctuating waves of high pressurised hissing and crackling are ceaseless throughout the piece, like an interference with power supply. A pulsating rhythm is heard, constant but discernibly uncontrolled. Flaring electrical currents generate a multitude of energy that vapourise, unwithheld by the light. Both works allude to concepts of interconnection and alchemistic possibilities between the physical and invisible realm.

To discover more from The Zone, head to: