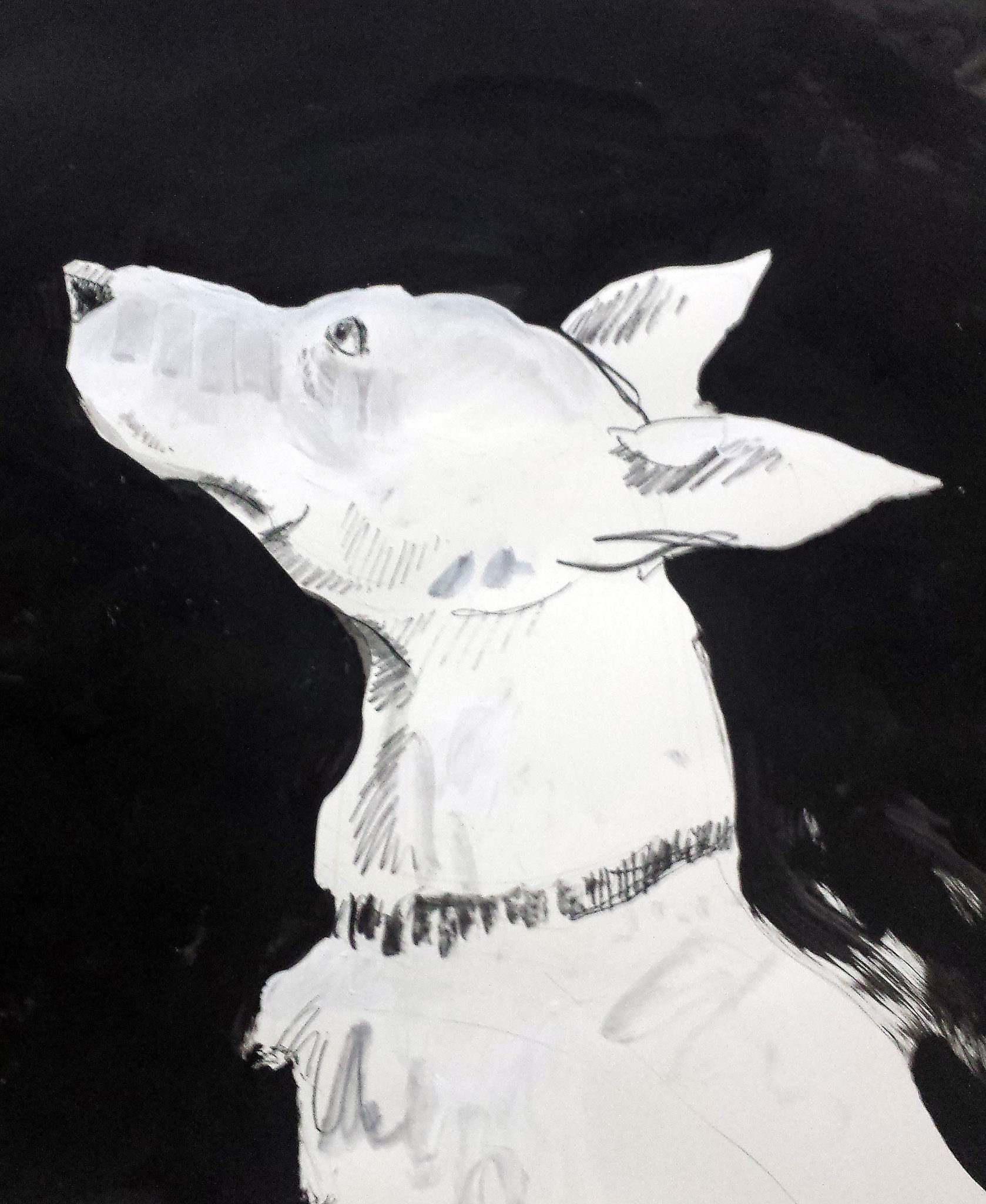 By night one way, by day another, the spinning ball of blue and the others of light. One falls from the sky. The dream. To catch that ball, to be that star.

Zvezdocha, or Little Star was a dog sent into space by the Russians during the Soviet space program. Zvezdocha who was named by Yuri Gagarin. Like other animals sent into space, she endured extreme conditions given the effects of space travel on living creatures. Zvezdocha survived her mission returning safely to earth. Her mission, on 25 March 1961 was a precursor to Gagarin’s flight as the first person in space just days later, on 12 April 1961.

Fuller’s animation looks at themes of loss, love, friendship, desire, ambition, and yearning. Todd Fuller’s ‘Little Star’ invites you into the imaging’s of a dog who dreams of space.