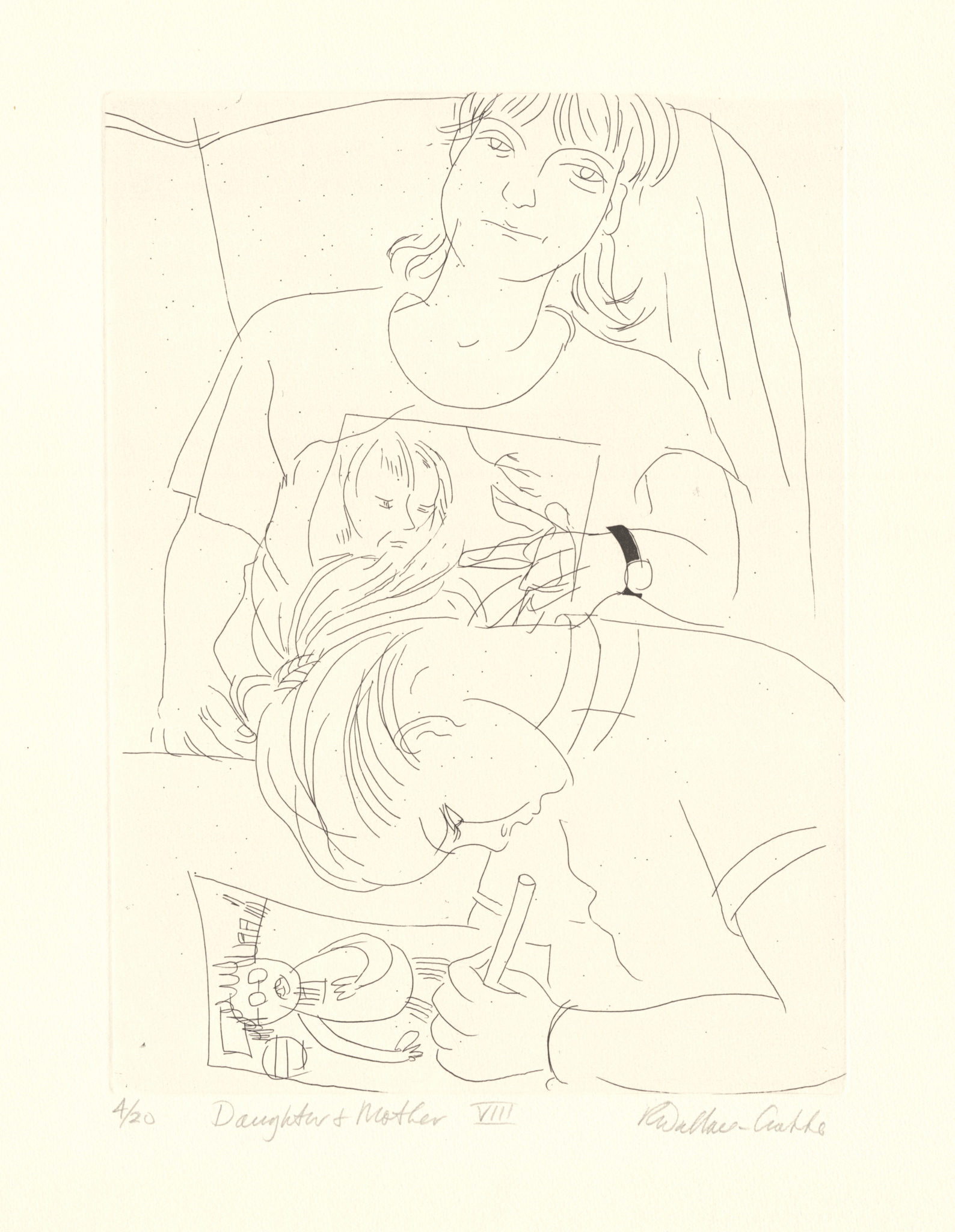 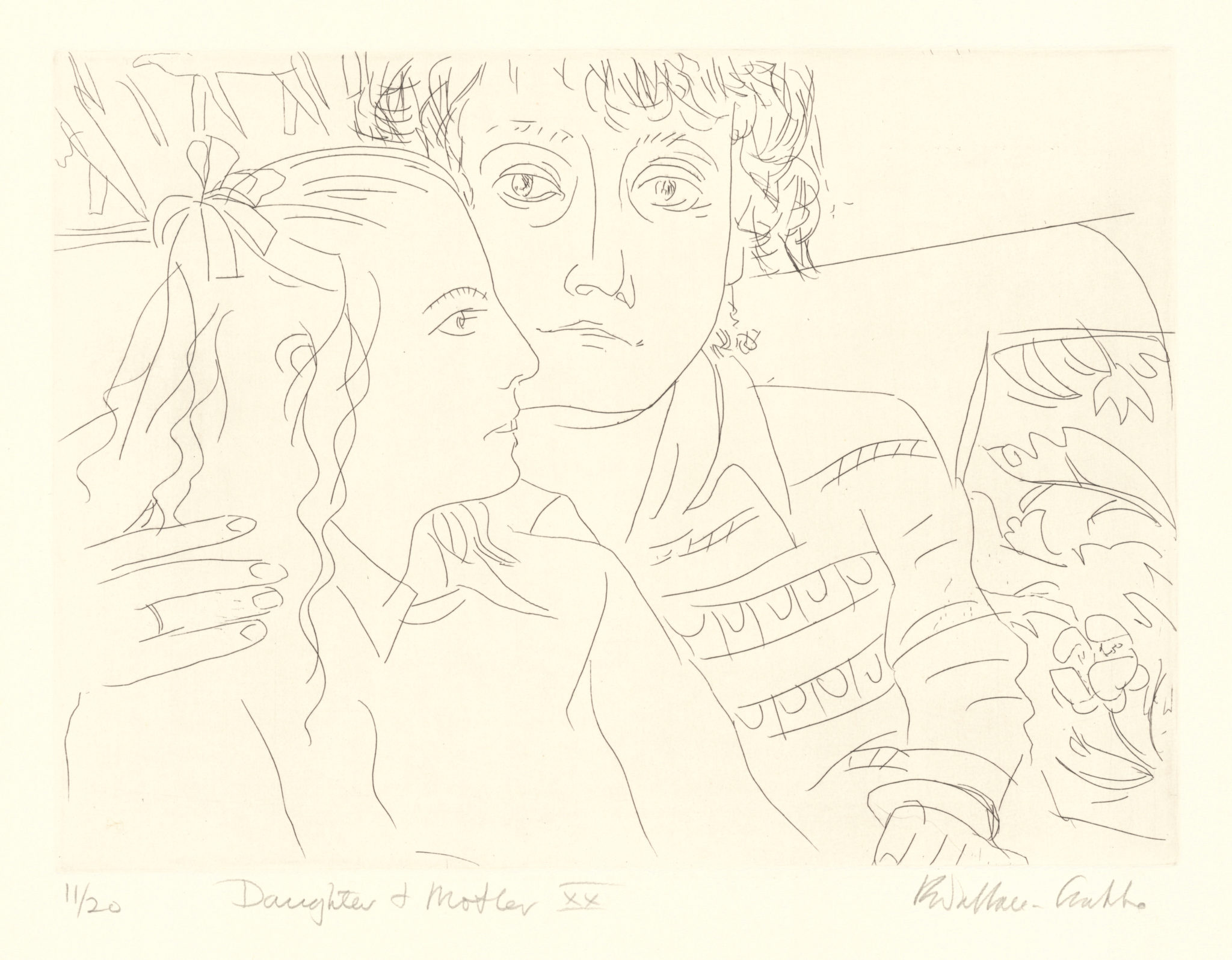 Highly skilled as a printmaker and in painting, Wallace-Crabbe is also an established art critic, curator, cartoonist, designer and illustrator. Wallace-Crabbe has not established a fixed style throughout his career but has instead explored various genres from abstraction to realism, diverse concepts, and experimented with mediums such as pastel drawings, paintings, and sculpture.

However, a commonality throughout much of Wallace-Crabbe’s practice is the autobiographic aspect, often including human subjects in many of his works. These etchings, Daughter and Mother VIII and Daughter and Mother XX, are a clear example of familiar domestic scenes that have a personal value to the artist and connect to the viewer’s personal experiences. Captured as freely drawn line drawings, the etchings are sentimental snapshots that observe moments of interaction in the mother-daughter relationship. Whilst we can presume that these figures are personal to Wallace-Crabbe, their identity is undefined by the loosely composed lines, allowing the viewer to place themselves within the picture.