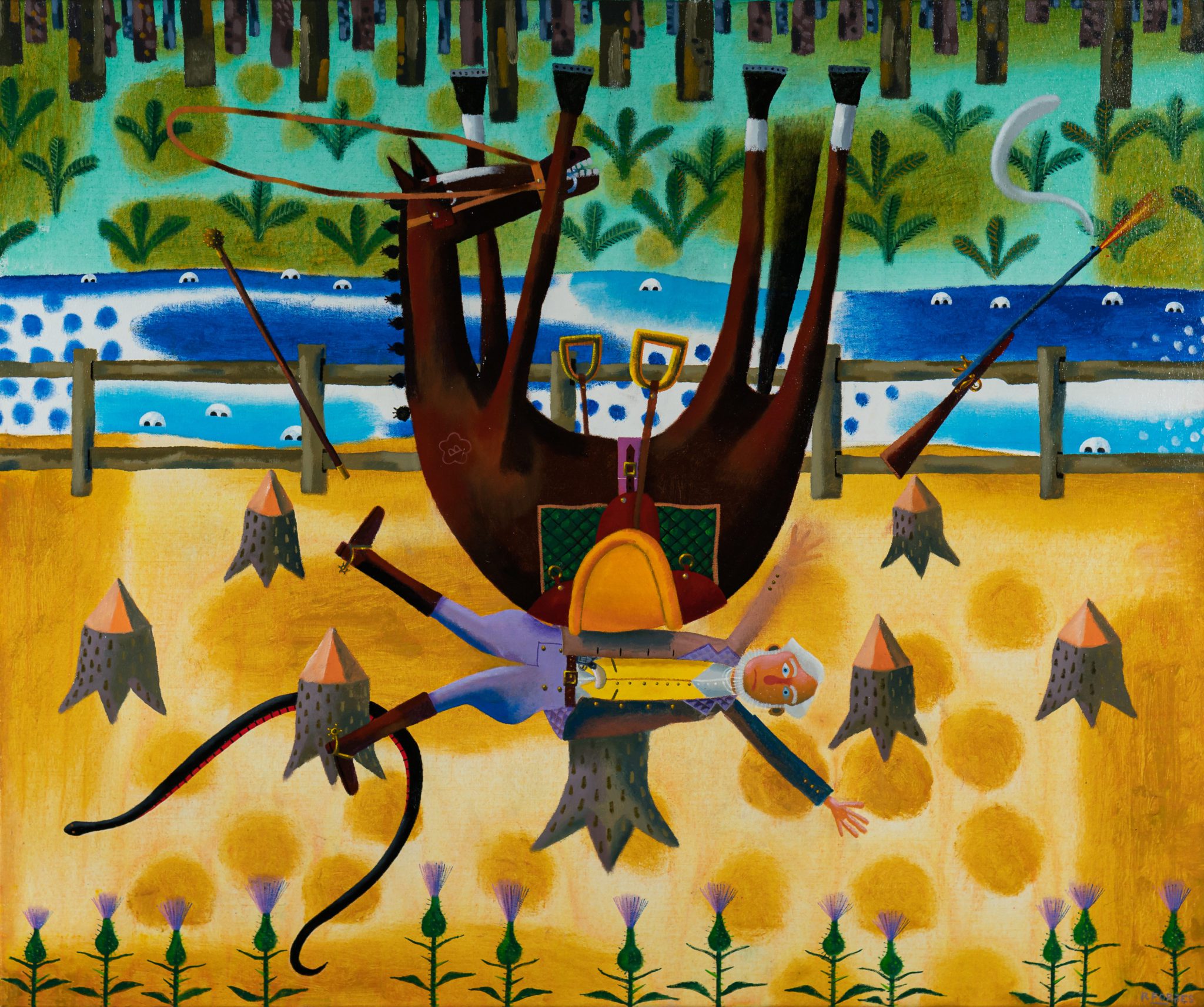 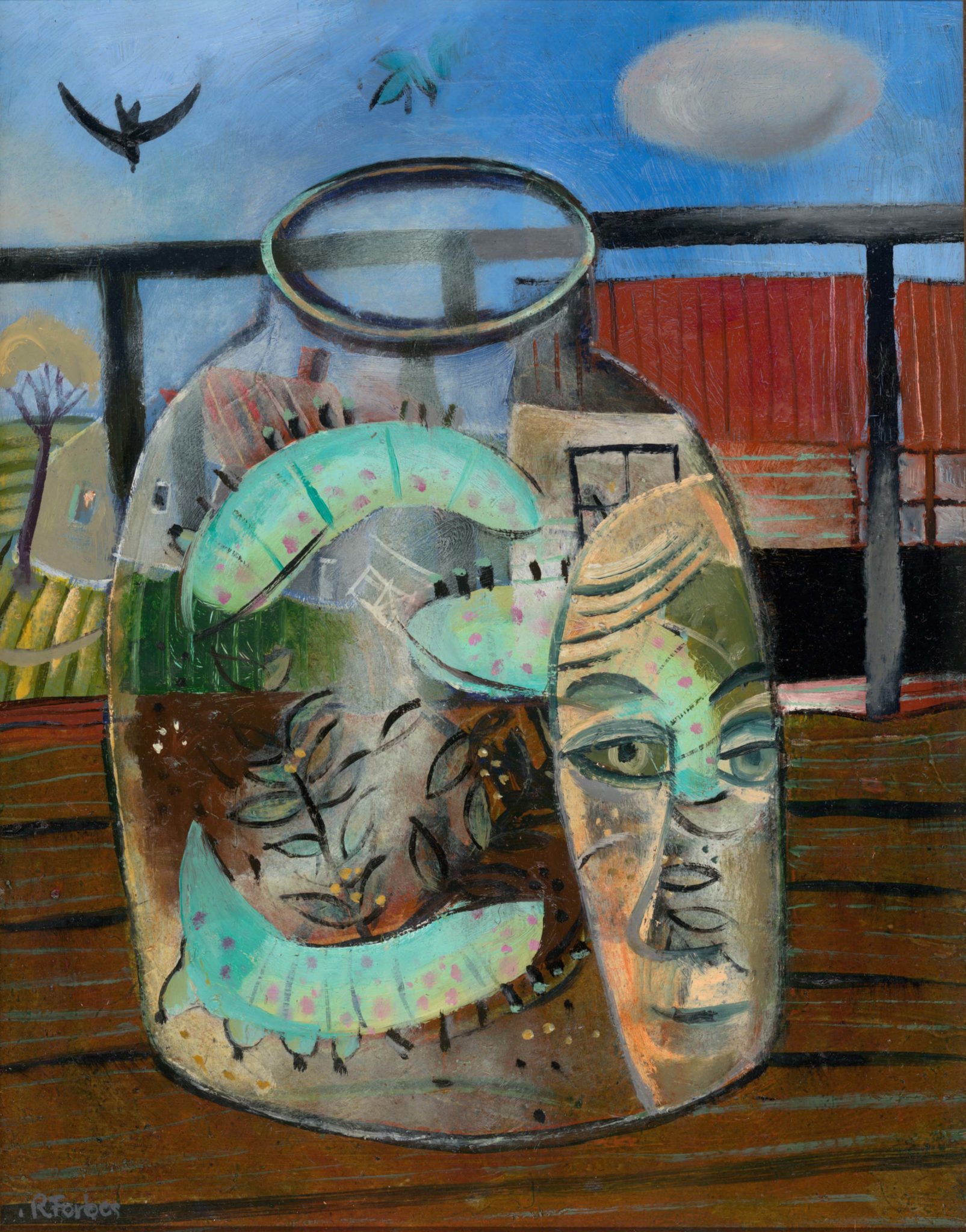 Rodney Forbes grew up in Williamstown, where his childhood would become filled with memories of life in the suburbs and life at sea. For seven years, he was an electronics technician at the Williamstown Naval Dockyard, and his experiences of living and working in this environment became a considerable influence in his work.

Evident in his distinct narrative style paintings are references to stories autobiographical yet dreamlike, drawing on the nostalgia of child-like perspectives, cartoons and painting were an interest in his youth. This interest appears through the illustrative style in Forbes work, with intense colours and play with perspective, sometimes associated with the gridded structure of board games.

In Submarine with Goat and Giantess, the submarine’s shell is dissolved, revealing an environment organised in its complexity and compartmentalisation. Amongst the details, the goat and giantess are two key figures that provoke a further investigation into the painting. Each element included invites one to imagine living and working conditions in the space Forbes references in this piece.

Although featuring a lively palette and cartoonish style, Forbes also often explores more serious histories in his narrative paintings. His work Death of Angus McMillan is part of a series that aims to increase awareness about the story of The White Woman of Gippsland, revealing the dark history of massacres of the Gunaikurnai people of Gippsland. As the central character of the image, Angus McMillan, the perpetrator of these massacres, and his horse are inverted, depicting the cause of his death. The scene is patterned with sharp tree stumps, referring to clearing a track near Dargo – his final expedition.

His influence on contemporary Gippsland art extends from his practice and his roles for several years as Director of Gippsland Centre for Art and Design and Switchback Gallery at Monash University, Churchill.