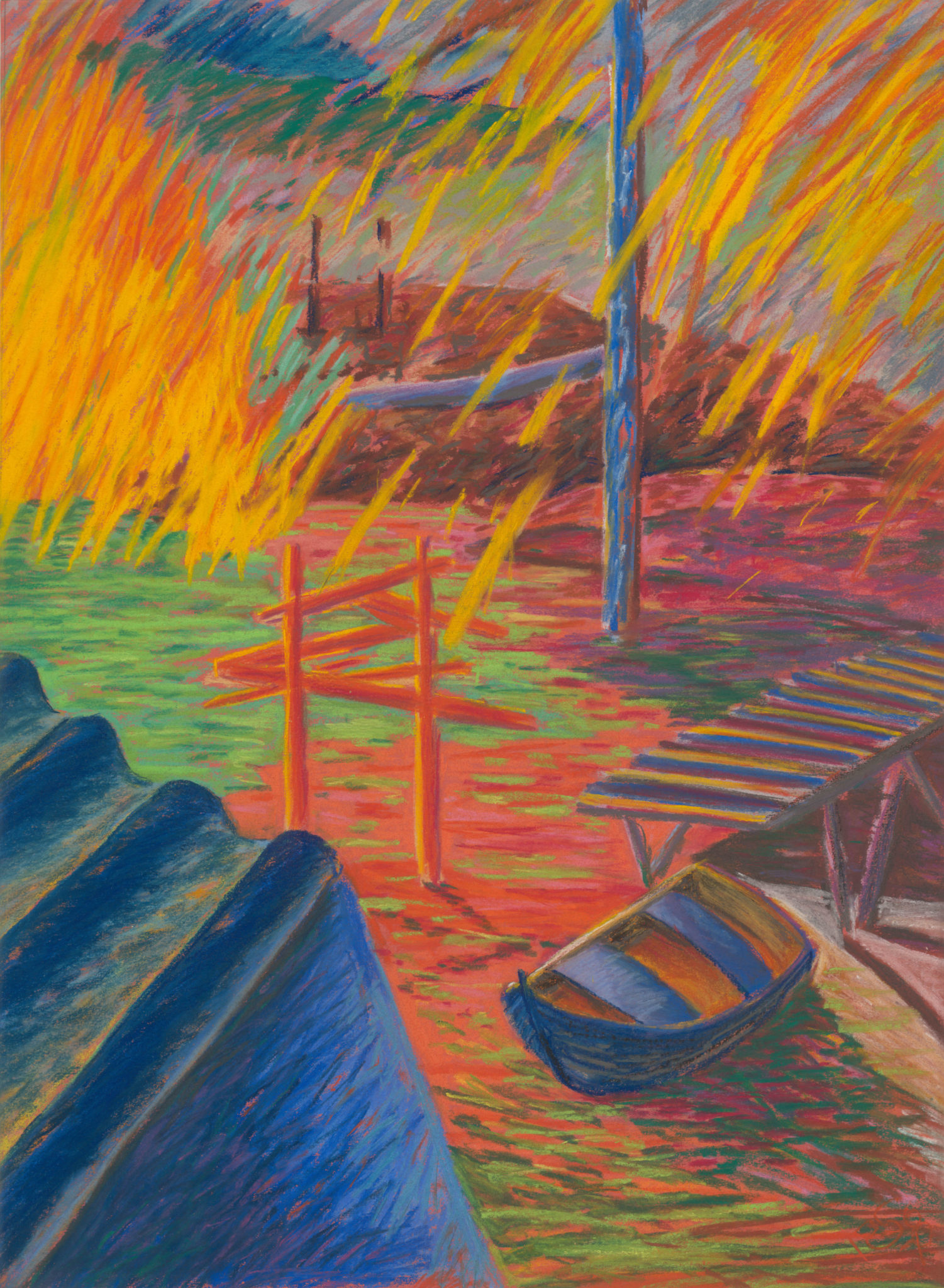 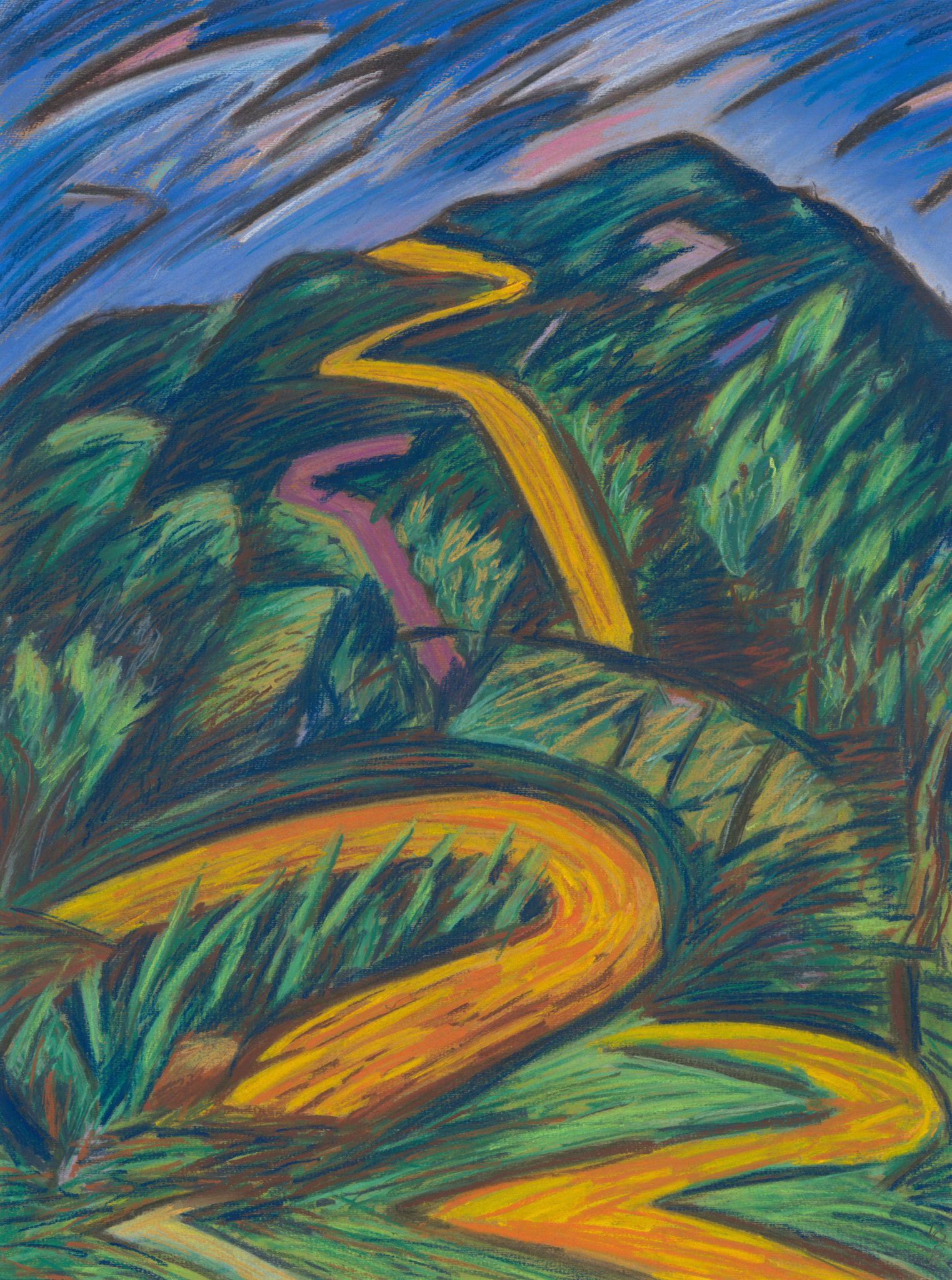 Rodney Scherer came to Gippsland from Canberra, where he studied at the Canberra School of Art. He is a significant artist of the Gippsland region, who has also had various arts management, education and curatorial roles throughout his career, including Director of Latrobe Regional Gallery from 1997 – 2003. In addition, he was Co-curator of the first national travelling exhibition of regional artists, Contemporary Artists Gippsland, which toured from 1990-1992.

Scherer works across a range of mediums, including painting, printmaking and sculpture. Both drawings shown in 50 Years, 50 Artists have an electric quality to the approach Sherer has taken in depicting the landscapes.

In On the other side of the valley, a yellow meandering path separates the landscape into large blocks and juxtaposes the patches of colour rendered with straight lines. The track maintains its vivid glow into the distance, becoming the leading line of the work, and continues in the imagination over the other side.

Similarly, in Electro Magnetic Landscape, the artist has also used high key colours which speckle the scene. One might imagine fireworks over the water, with the aftermath of the explosion raining down, or a hazardous field of electricity supercharging currents that manifest as sparks radiating. Reminiscent of fauvist representations, Scherer reimagines the landscape in intense colours.