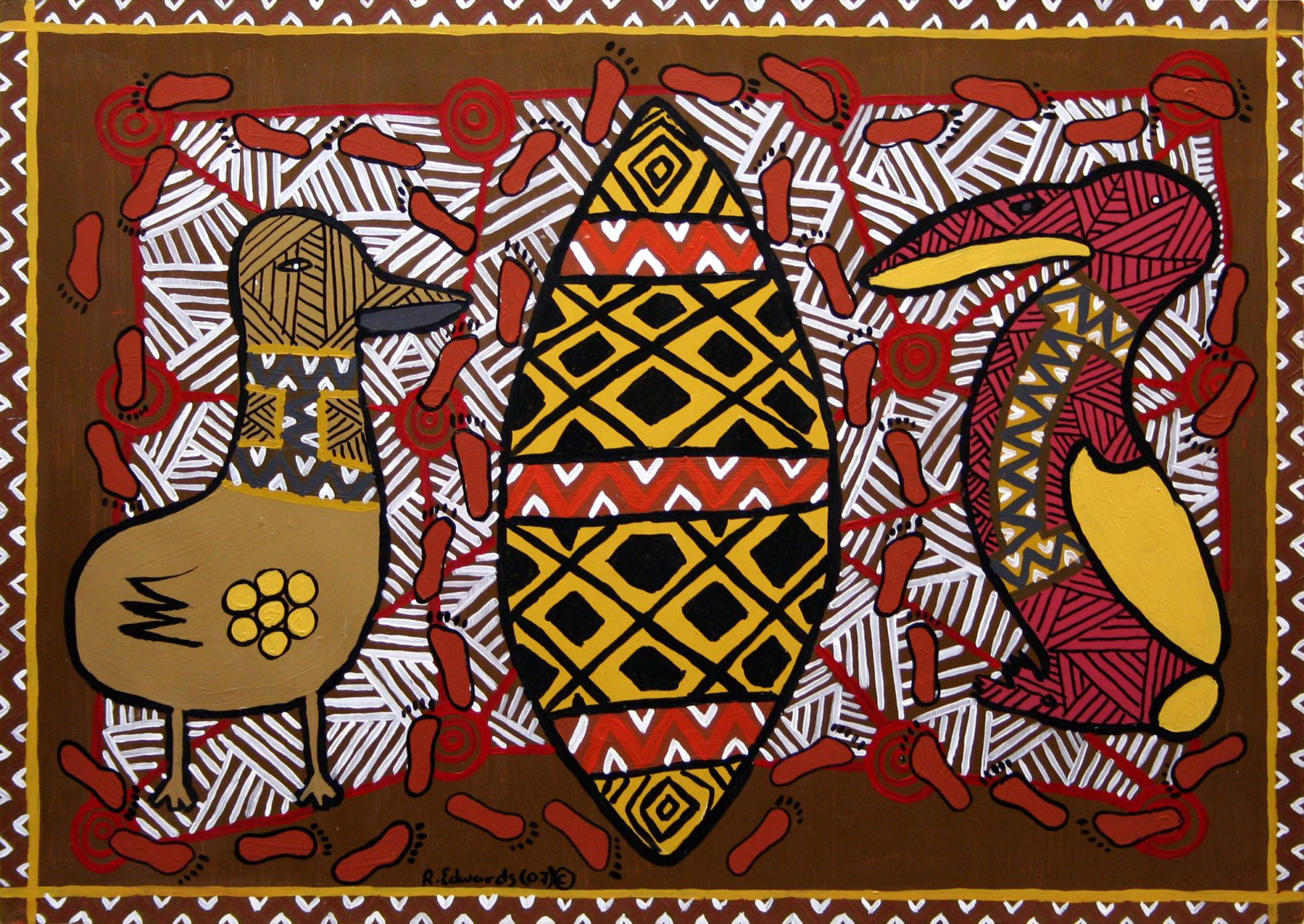 Ronald Edwards-Pepper is an Aboriginal artist of the Gunaikurnai nation who uses painting as a primary way to express his identity and tell the stories of his ancestors.

Edwards-Pepper is based in Morwell, Gippsland, where his grandparents Dolly Mullet & Watson Pepper arrived in the 1960s from Lake Tyers Mission. The histories and stories passed on to Edwards-Pepper through generations have become essential to his life, strongly connecting him to the Gunaikurnai land and people.

Alongside his art practice, Edwards-Pepper is actively involved in educating people about Aboriginal culture, using his paintings to establish connections and to share meaningful stories from the Aboriginal community.