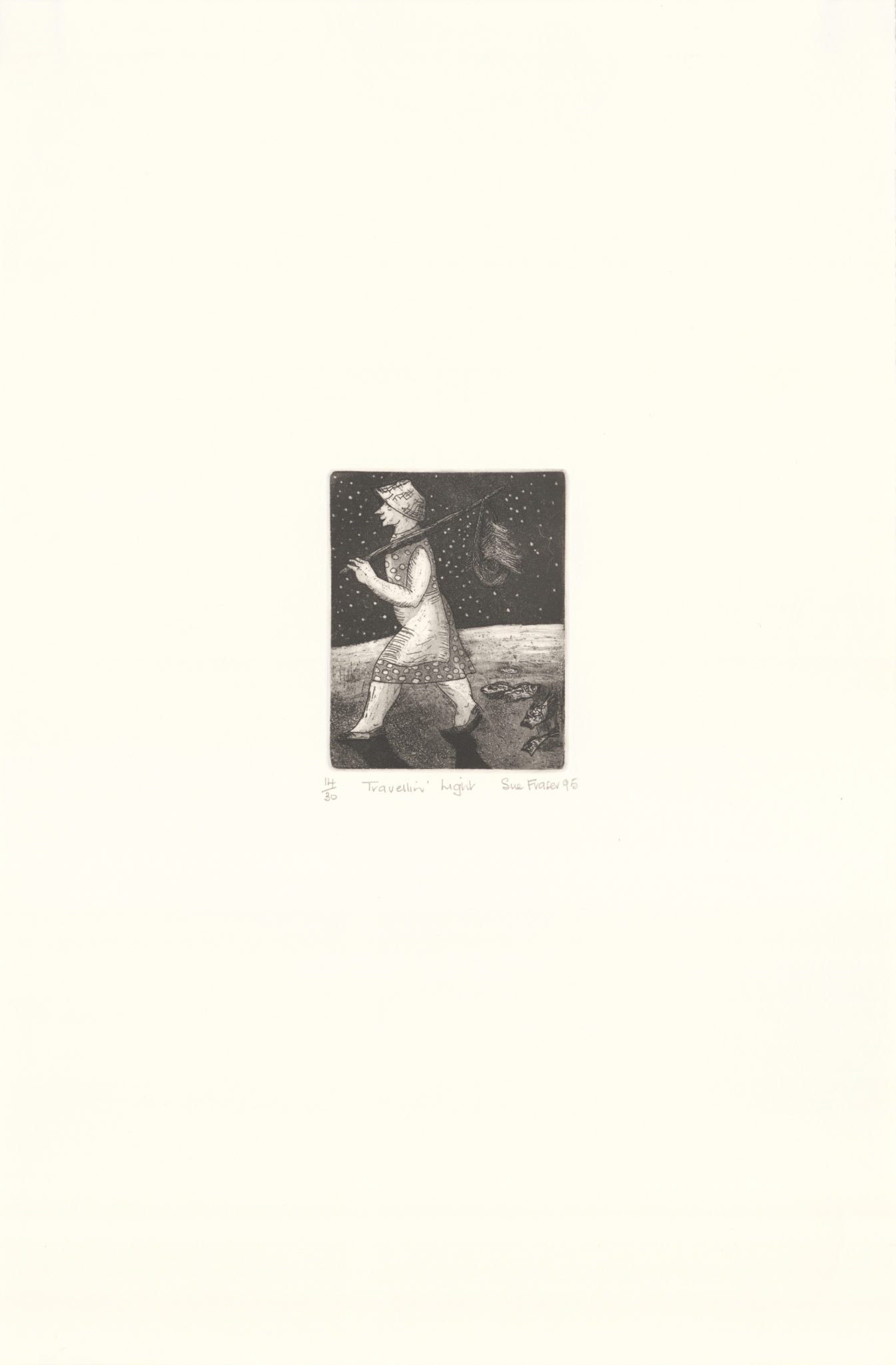 Sue Fraser is a Gippsland-based contemporary artist specialising in printmaking, working primarily in the mediums of linocuts and etchings. She has been printing for over 25 years and is drawn to the visual qualities produced through printmaking and the intensive yet rewarding process.

Fraser works in black and white, using the contrast to emphasise line, detail and negative space. Her work often draws on imagery associated with fairy tales and childhood fables. The narratives within Fraser’s work stem from stories that she has heard or seen, which evolve into pictorial myths by playing with the scale and proportions between the figure and landscape or realm they occupy within the image.

Often the protagonist of her narratives is a woman, as in Travellin’ Light which depicts a female figure who is set out on a journey,
suggesting autobiographic references. The artist imagines herself within the narrative and invites the viewer to place themselves in the picture, using an intimate scale where one peers into the story. The curved landscape and star-laden sky illustrate an imaginative scene that feels familiar in its simplicity and nostalgic of youthful dreams.

Fraser’s work is held in various public collections, including Latrobe Regional Gallery and Gippsland Art Gallery, and various private collections. In addition, her work has been selected for many major print exhibitions within Australia.