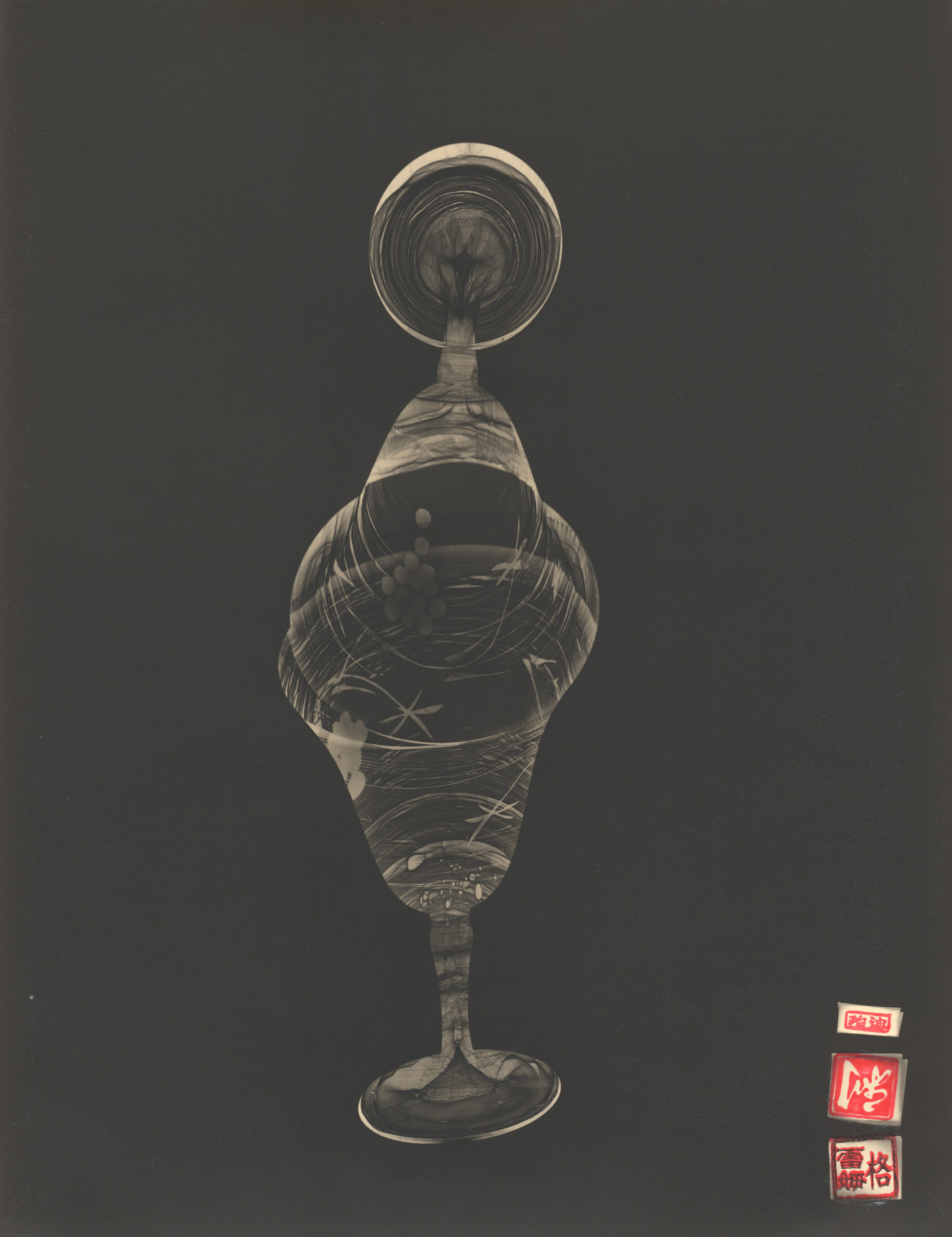 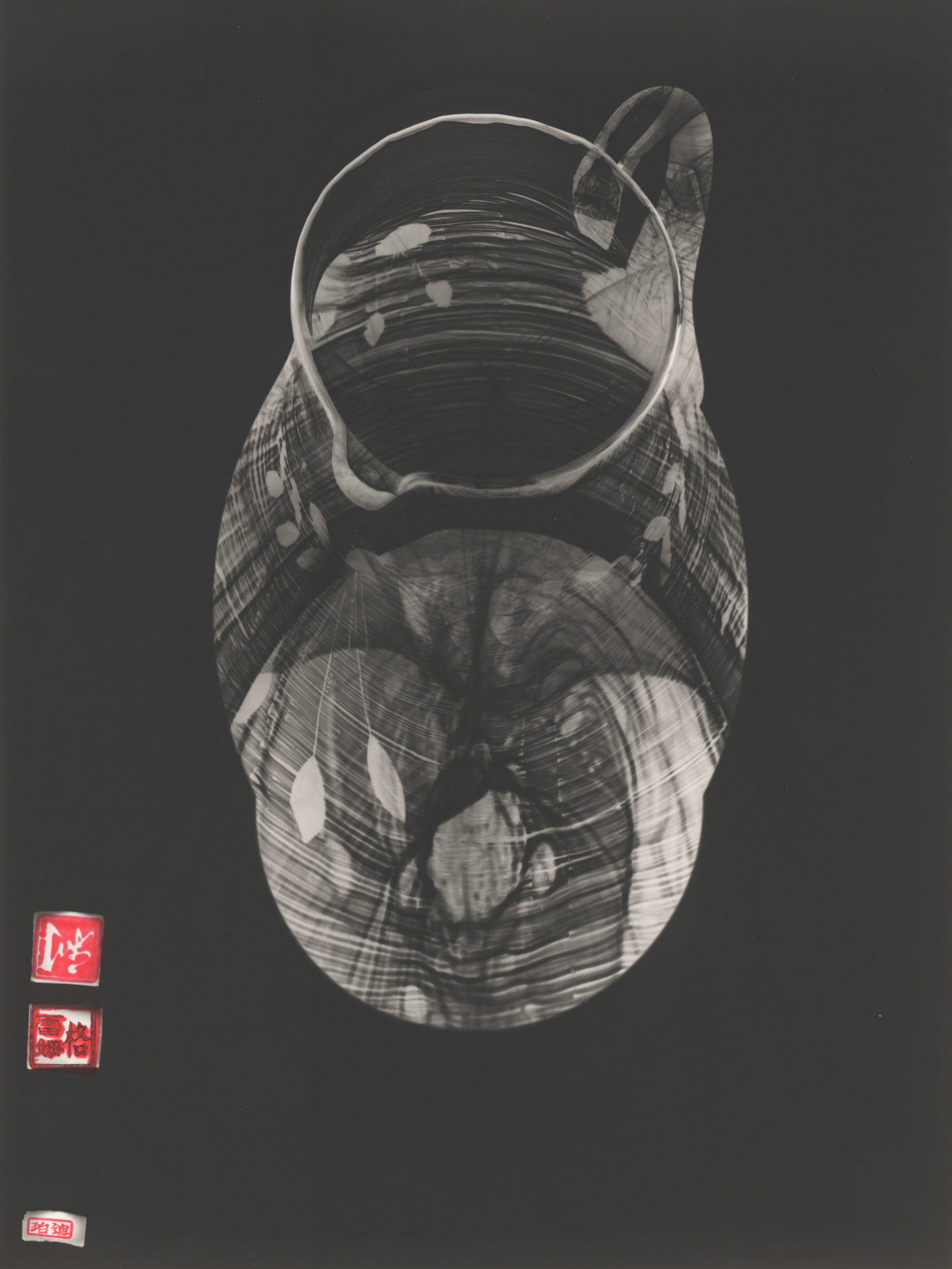 Living and working in the Strzelecki Ranges, Gippsland, Susan Purdy finds constant inspiration from the diversity and solitude of her surrounding environment. Purdy works predominantly in the photographic medium of photograms and cyanotypes, bringing these early photographic practices into a contemporary context.

Purdy often uses flora and fauna found in the environment around her. The subject matter speaks not only to ideas about the landscape but her immersion in space. This mode of perception has an introspective quality. The interconnectedness of living things is an evident theme. Rather than referencing the abyss or dark matter, Purdy likens the deep black backgrounds on which the images appear as a void and meditative space to explore universal microcosms.

In Flip and Wreath, the artist used a projection of light through the glass objects to bridge the three-dimensional in a two-dimensional plane. While possessing ghostly, ethereal silhouettes, the luminescent clouds and gradients of light passing through maintains the depth of these objects. These works were part of a new direction in the artist’s practice, moving away from the landscape and exploring objects. Yet, the refractions of light and organic shapes and textures mimic those found in the natural environment. In addition, Purdy reveals the unseen fluidity not customarily associated with the brittle, fragile material of glass.