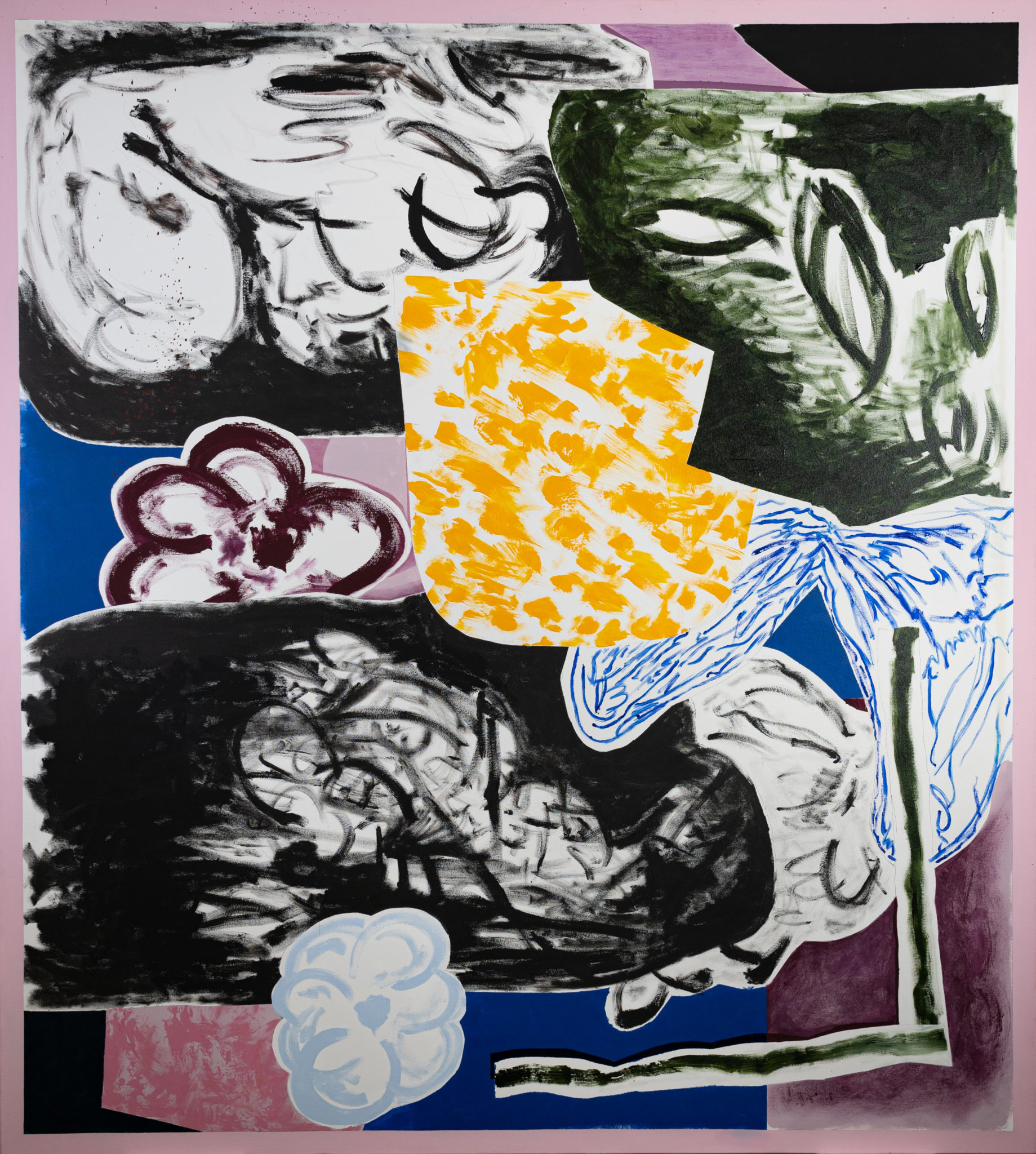 Hayden Jackson is a painter living in Seaspray. Hayden has previously shown at Latrobe Regional Gallery as a winner of the Dick Bishop Prize for emerging artists. Hayden has also exhibited at Gippsland Art Gallery in Sale and Piermarq in Sydney. The paintings in these shows were highly staged and controlled marks and motifs of abstraction. The artist talks about these works as being about masculine gender, and if so, there is perhaps a critique of the masculine nature of modern abstraction.

The works in the three shows listed above featured large waves of both acrylic and oil paint created by tilting and manoeuvring the paintings on the floor of his studio. According to the exhibition catalogue from his 2017 exhibition at Piermarq, “In material form, Jackson’s work reflects the shifting sands of gender that have been at paly in the last half century and will continue for the future.”

Tellingly his 2016 exhibition at Latrobe Regional Gallery was titled the ‘Politics of Paint’. His paintings from this period can very much be seen about the tropes of abstraction. The runs and spills of paint, the judgement of when to contain and when to let run free, the colour contrasts and the careful use of space and positioning. These paintings are ones that don’t mean it. And that is great. They comment, replicate and quote without being romantic and authentic.