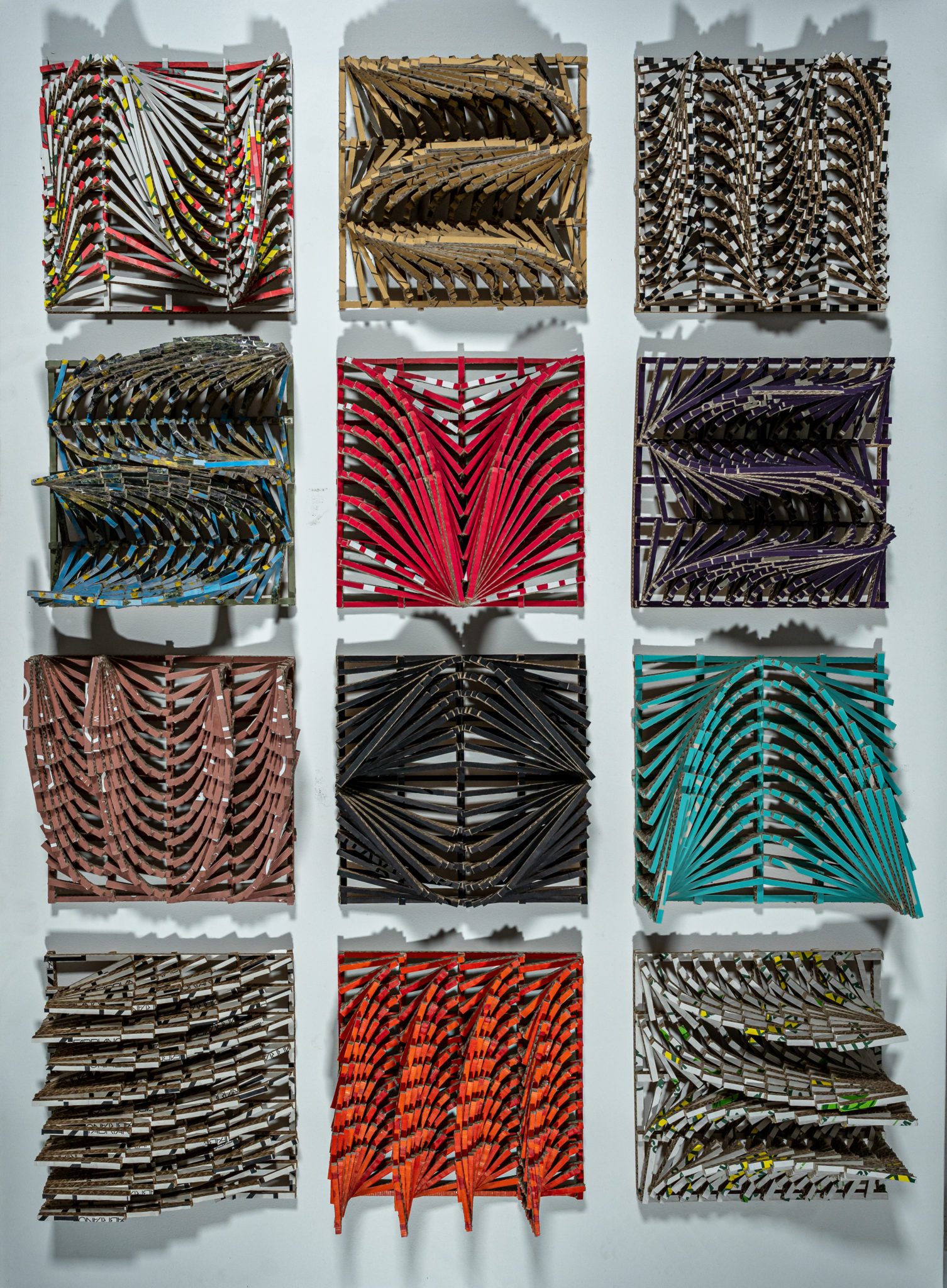 Mandy Gunn’s work reflects natural and synthetic environments with a particular interest in found and recycled materials. Gunn reimagines a purpose for these materials beyond everyday use by referencing the environmental concern for excessive waste produced through the modern lifestyle.

Constructivism has been a strong influence from early on, which Gunn has carried through her practice today. De-constructing, abstracting, collaging, and assembling commonly used items into sculptural constructions and installations are part of Gunn’s processes, often linked to textile techniques such as weaving. Gunn began her practice with weaving in 1971, experimenting with unconventional discarded materials like recycled film tape and old phone books and transforming these objects into intriguing new forms.

A progression from weaving with found material, Gunn produced the series W[RAPT] in 2012, one of many series that translates the warp and weft of weaving into a three-dimensional construction.

The series makes use of shopping bags and packaging, hand-cut and layered in calculated patterns. The undulating contours of the forms take on an op-art effect as the existing colours and type of the packaging is woven throughout the object.

Mandy Gunn frequently exhibits in solo and group shows across Victoria, interstate and internationally. She is also highly experienced in teaching textiles and construction processes, running workshops in galleries, private classes and tutoring in tertiary institutions. She lives and works in the small town of Tarwin Lower.