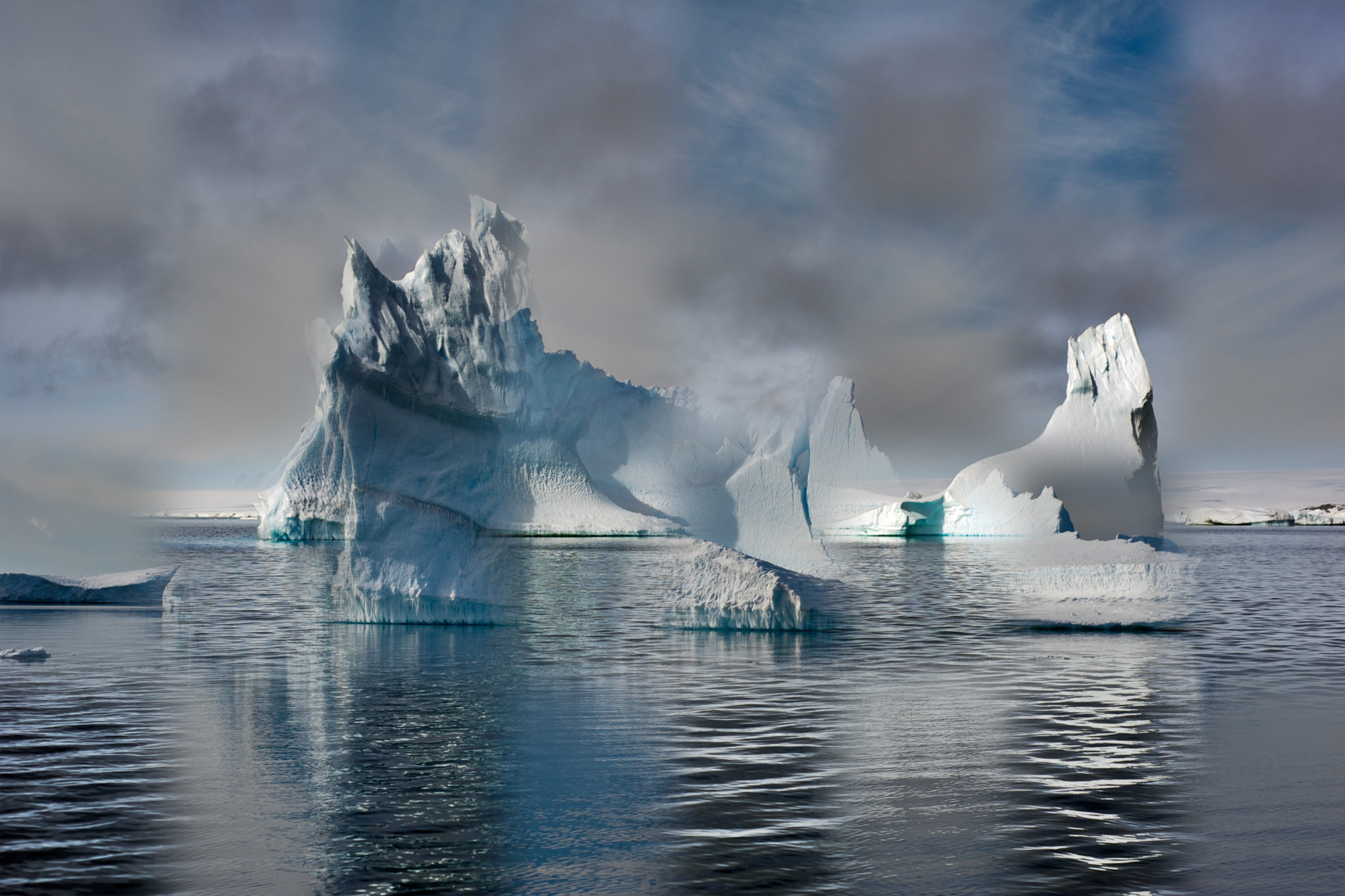 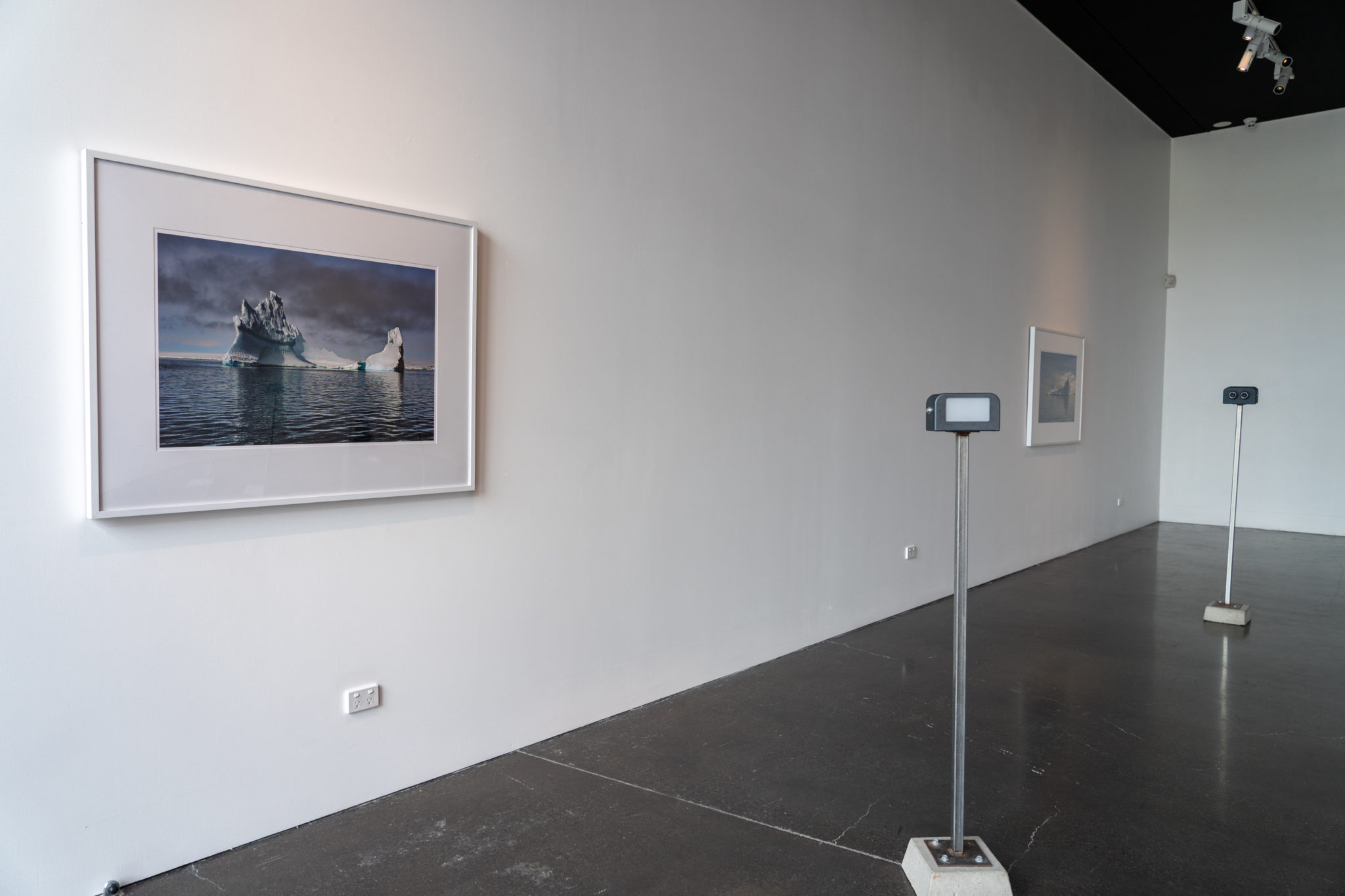 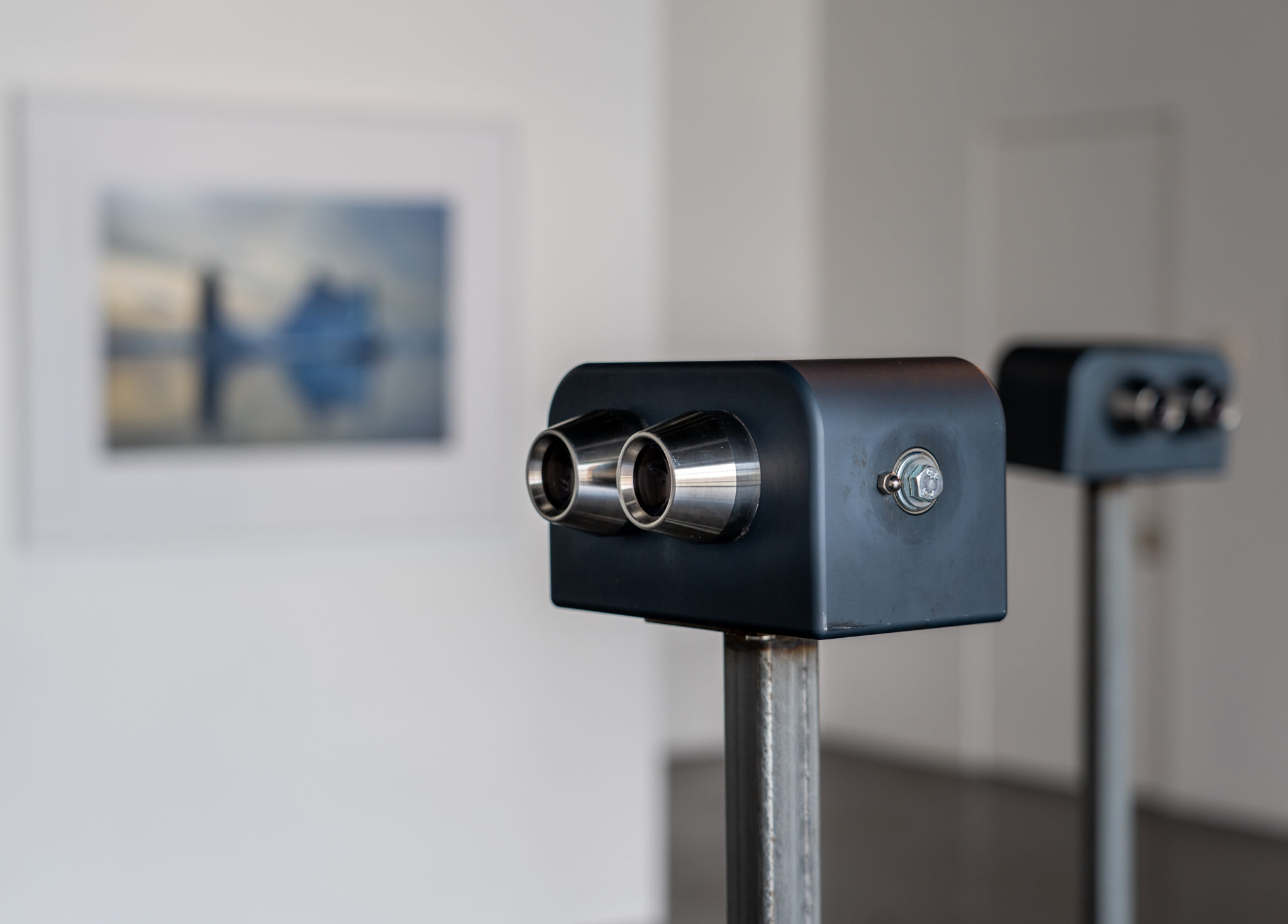 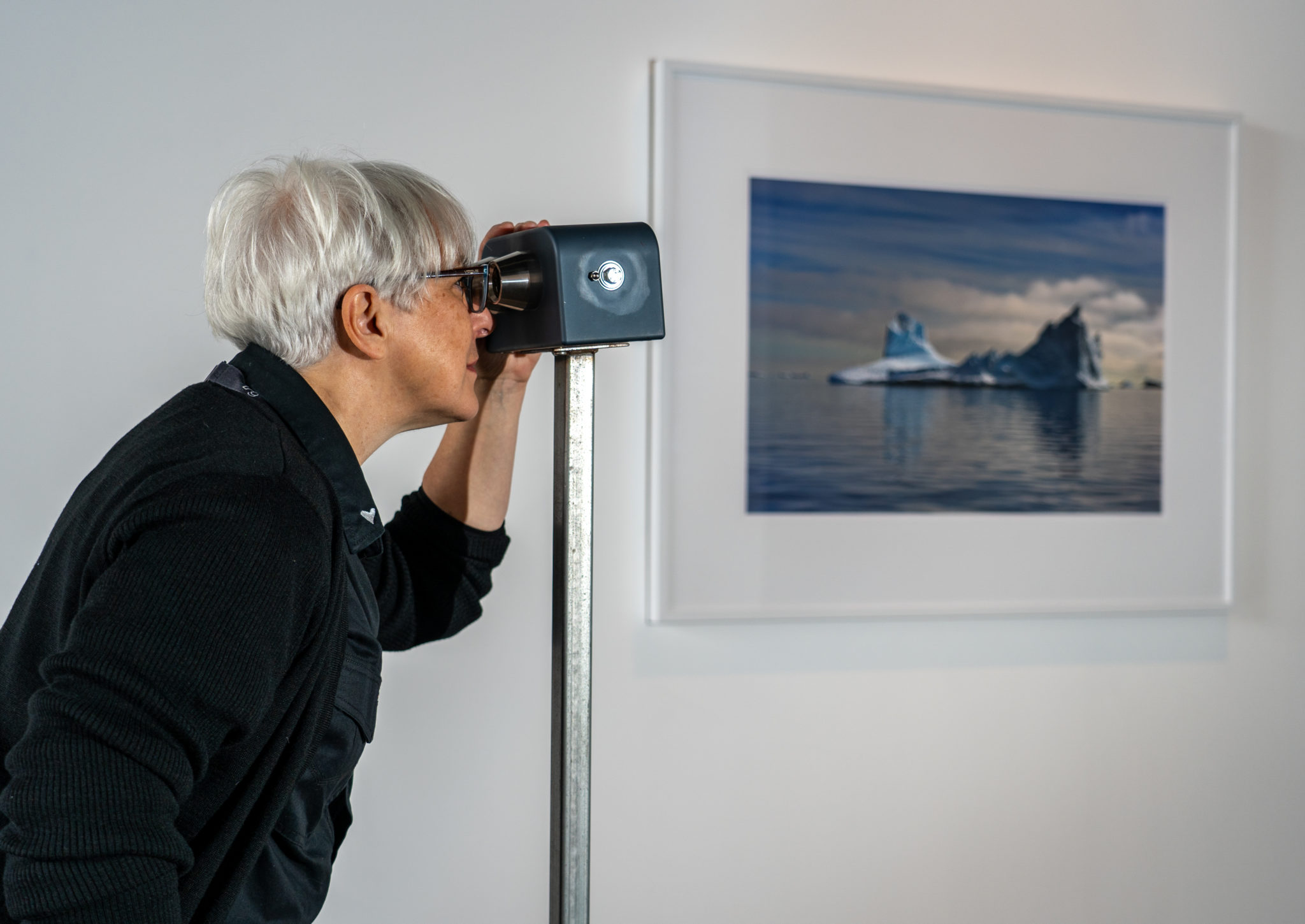 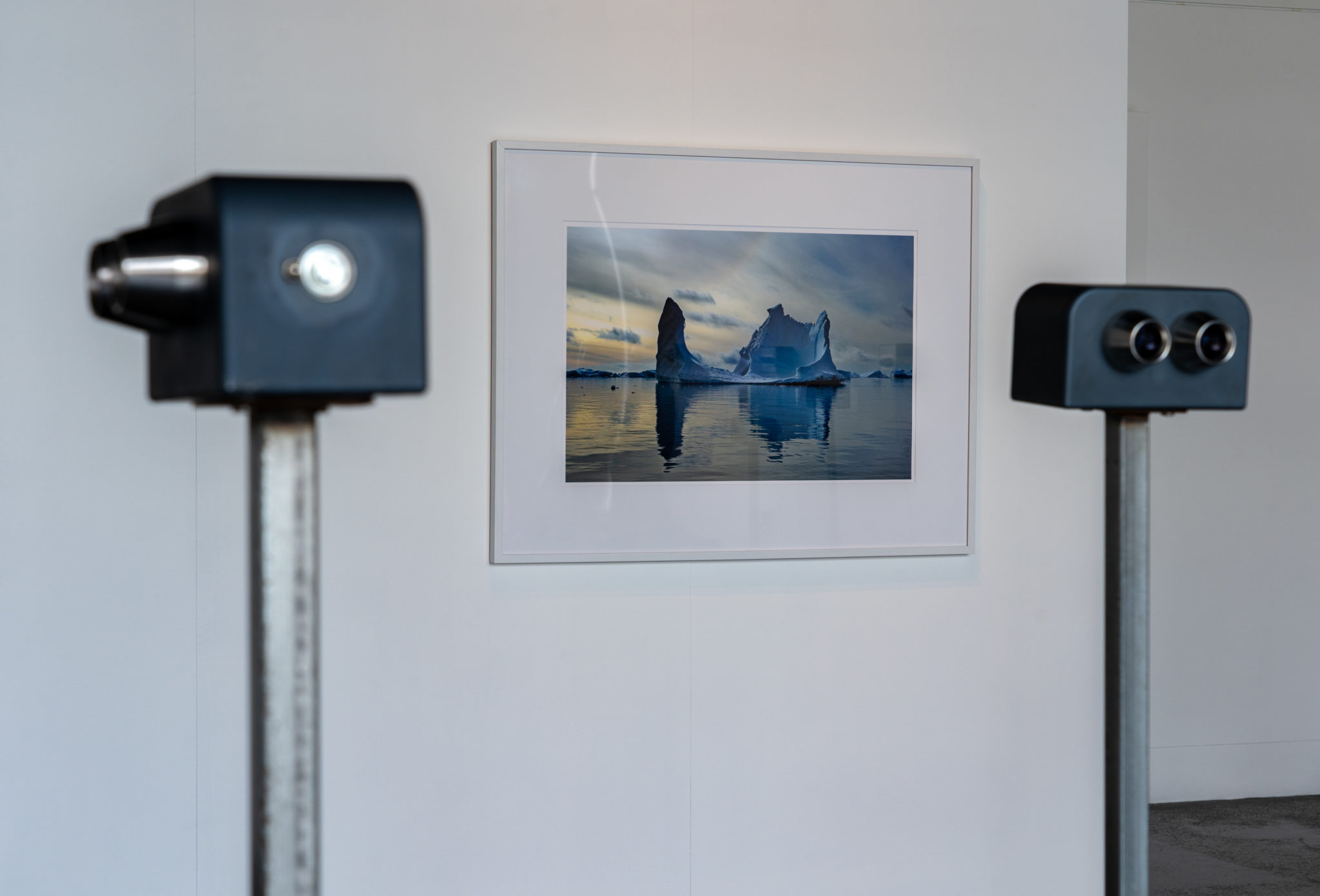 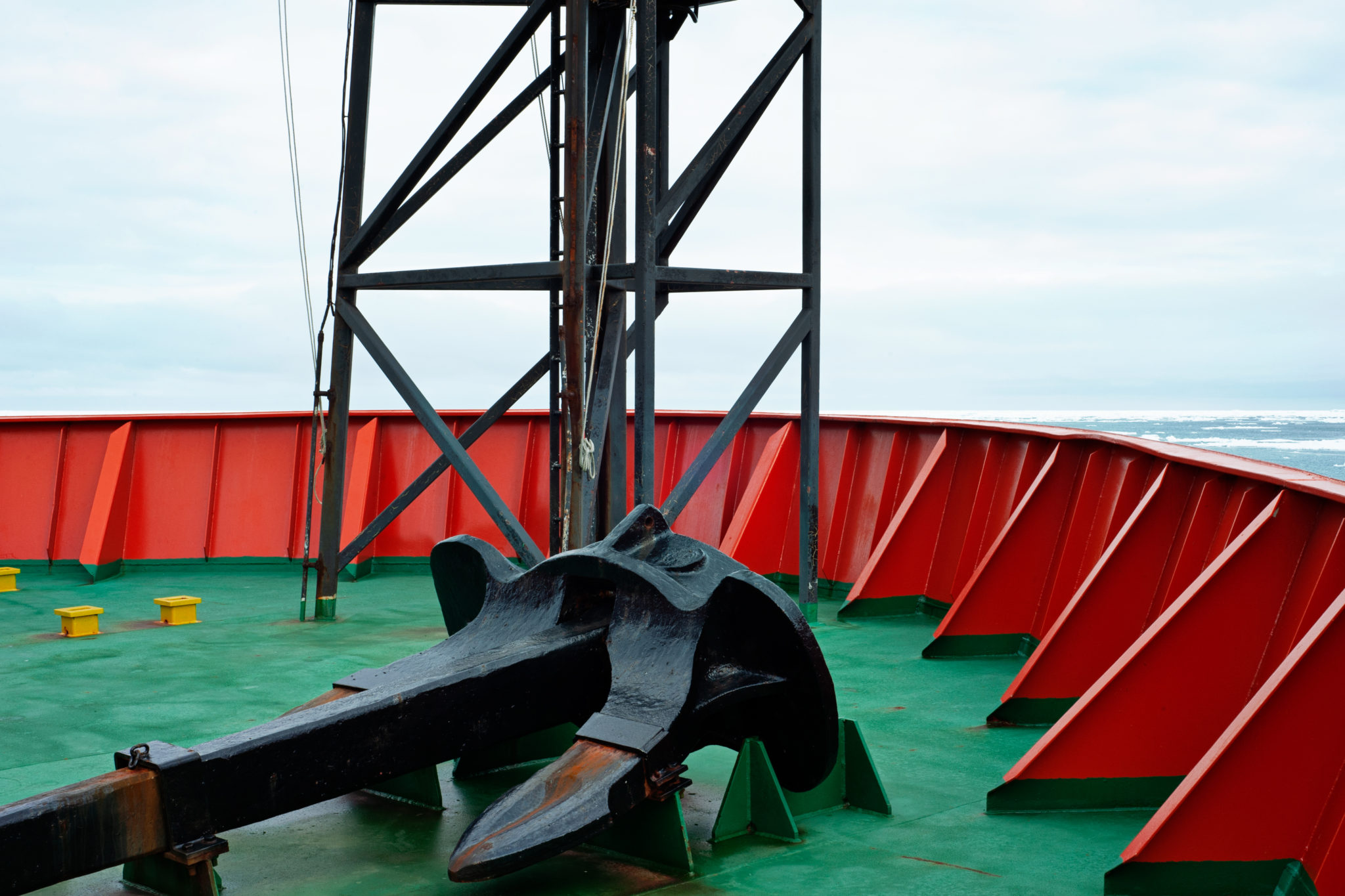 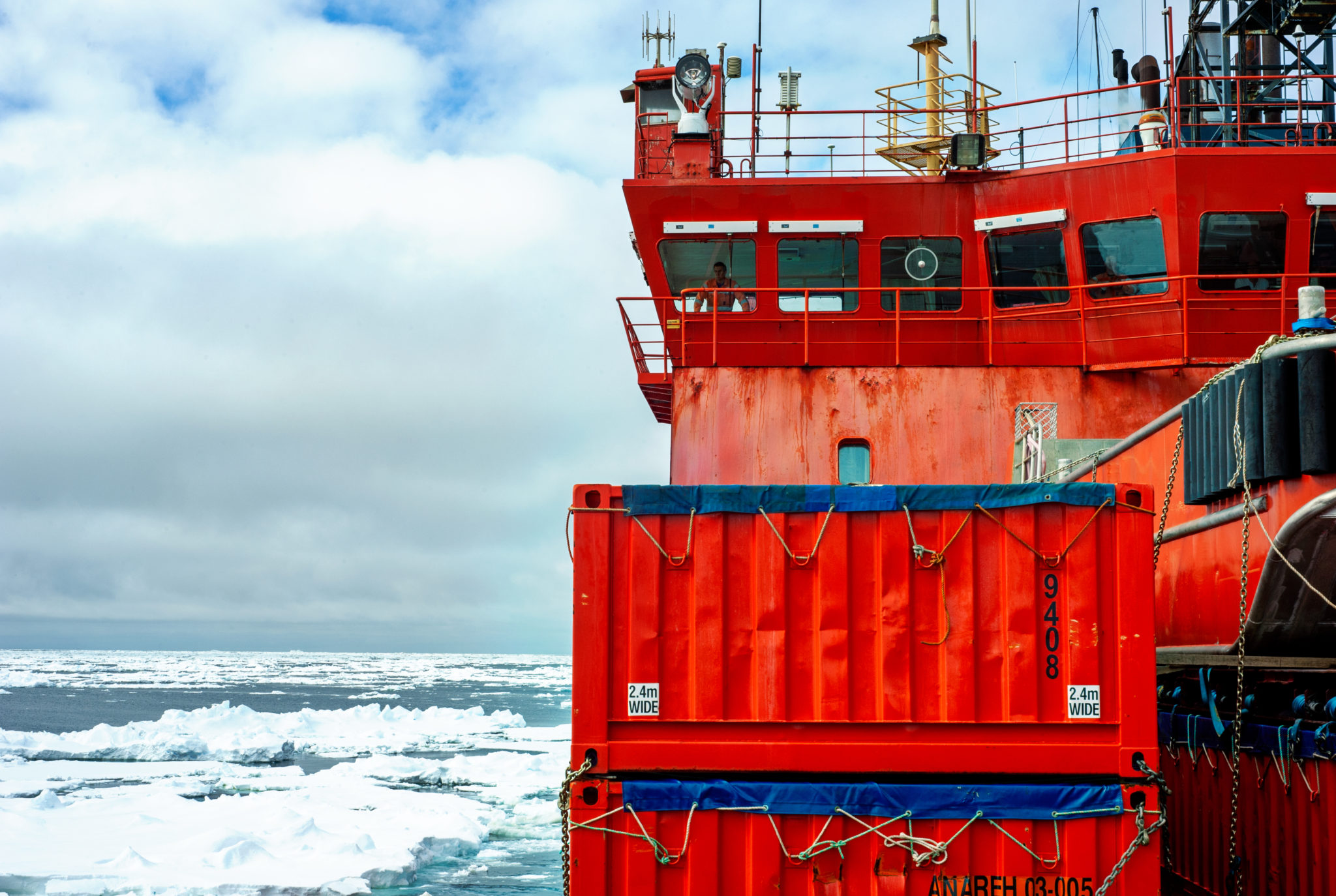 David Burrows travelled to Antarctic in the summer of 2011/2012, a trip which has inspired his interest in mirages, and representation of land. Much of his recent artwork including that in ‘Fata Morgana’ has used stereoscopes which challenge viewers’ visual depth perception. The artworks of David Burrows are interested in the mechanisms of human visual perception.

In this exhibition, David Burrows plays with the phenomenon of the ‘fata morgana’ mirage that can appear in a narrow band above the horizon – especially at sea, in the desert or in polar regions. At sea, these mirages can make ships appear as if they are floating above the sea, sometimes inverted. Such mirages are the stuff of folk lore for sailors, with the images being historically attributed to sorcery, and the luring of sailors to their deaths.

The exhibition comprises two key elements. First are images of the bow of the Aurora Australis, the Australian Antarctic Division’s expedition vessel, presented in stereoscope viewers set in relative positions on the gallery floor.

Second is a collection of images of an iceberg, photographed from multiple points of view and woven together into composite pictures. Encountering an iceberg is a mythical experience.

David Burrows is now based in Gippsland and undertook his visual arts education while living in France, where he also worked with film maker and artist Chantal Akerman and was studio assistant to sound artist Ryoji Ikeda.