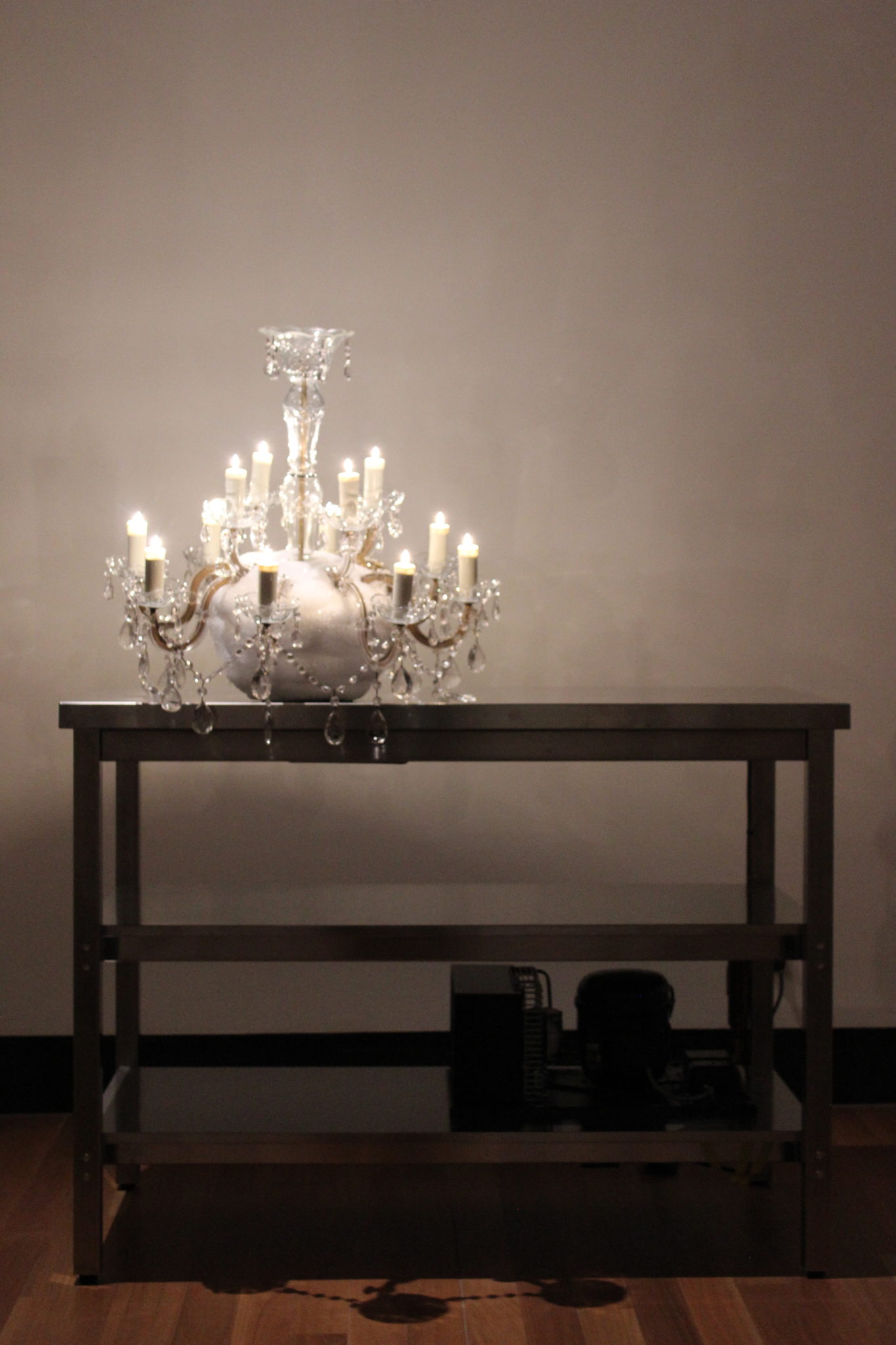 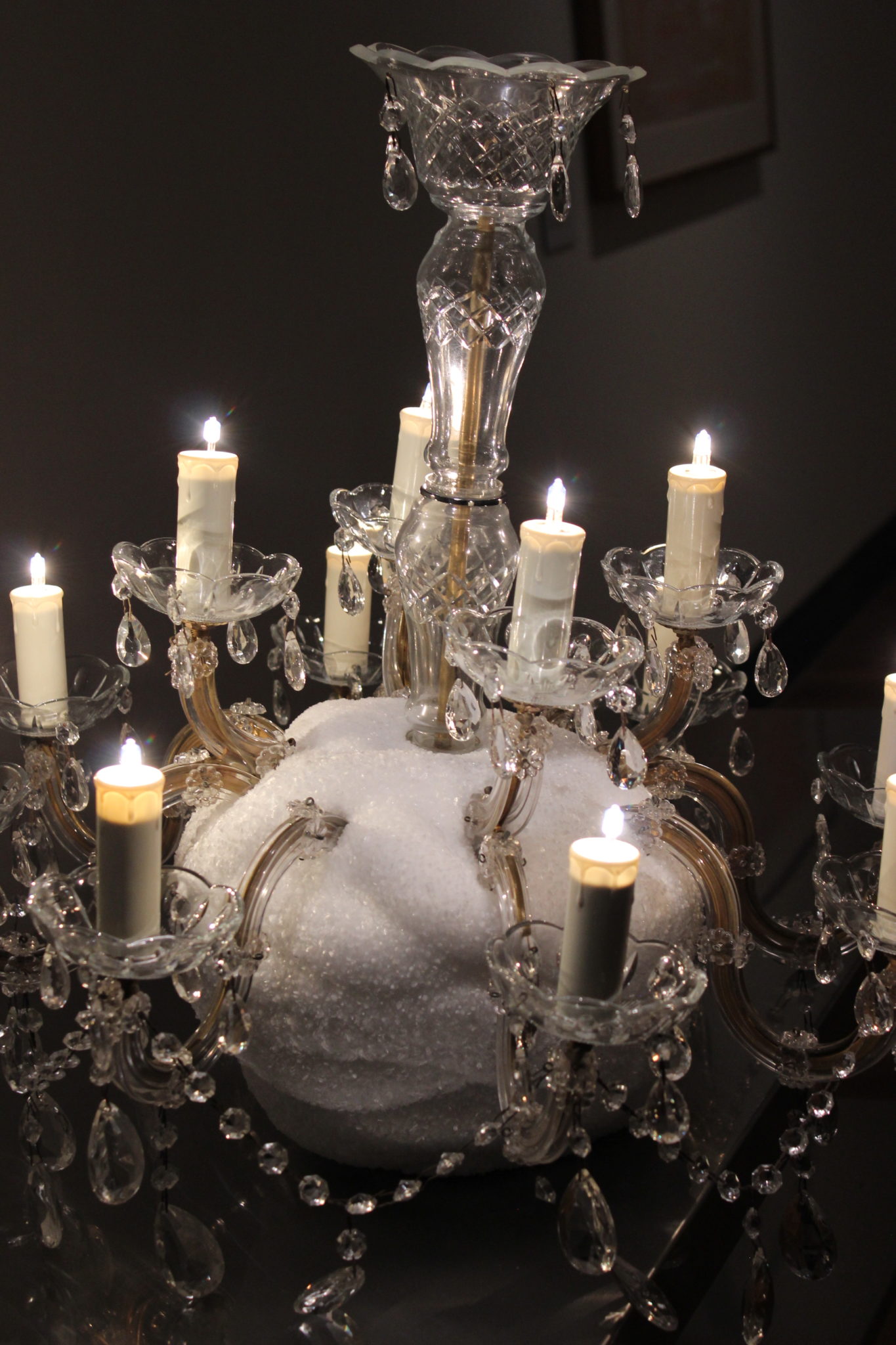 Presenting different possibilities for narratives to unravel within the works, Nicholas Folland’s A job for tomorrow… and the sonic work Trapped In Ice by Lawrence English and Ai Yamamoto share textural and dispositional similarities.

Often a source of heat, light is an element of Folland’s work, utilising electricity. In contrast, it also powers refrigeration, gradually forming the globe of ice encasing the centre of the chandelier. Antiquated in style, the chandelier is illustrative of wealth and luxury from a past era. Constructing itself around the chandelier, the ice preserves and encrusts the object. On the sterile surface of the industrial steel bench, it balances as an unearthed fragile artefact.

Explorative of the unknown, Trapped In Ice wields lengthened chimes into modulations of more glooming tones against glimmering accents. The resulting fragments of symphonic chords radiate an alluring aura but also possess unease like a warning sound of jeopardy. This simultaneous contradistinction is iterated in A job for tomorrow…, both elegant and possibly hazardous by combination of ice and electricity.

Shimmering sounds, like a chilled breeze caressing the sharp edge of glass, are descriptive of Folland’s work. These high and low drones are imaginative of momentary light refractions, glistening off the iridescent crystalline structures in a slow-motion state of flux. The ambient world of English and Yamamoto’s work is composed of sounds like those which are absorbed second-hand as they resonate from polished surfaces. Ambience is also at play in Folland’s work, though latently, as the refrigerator transforms moisture drawn from the atmosphere into ice.

To discover more from Lawrence English and Ai Yamamoto, head to: