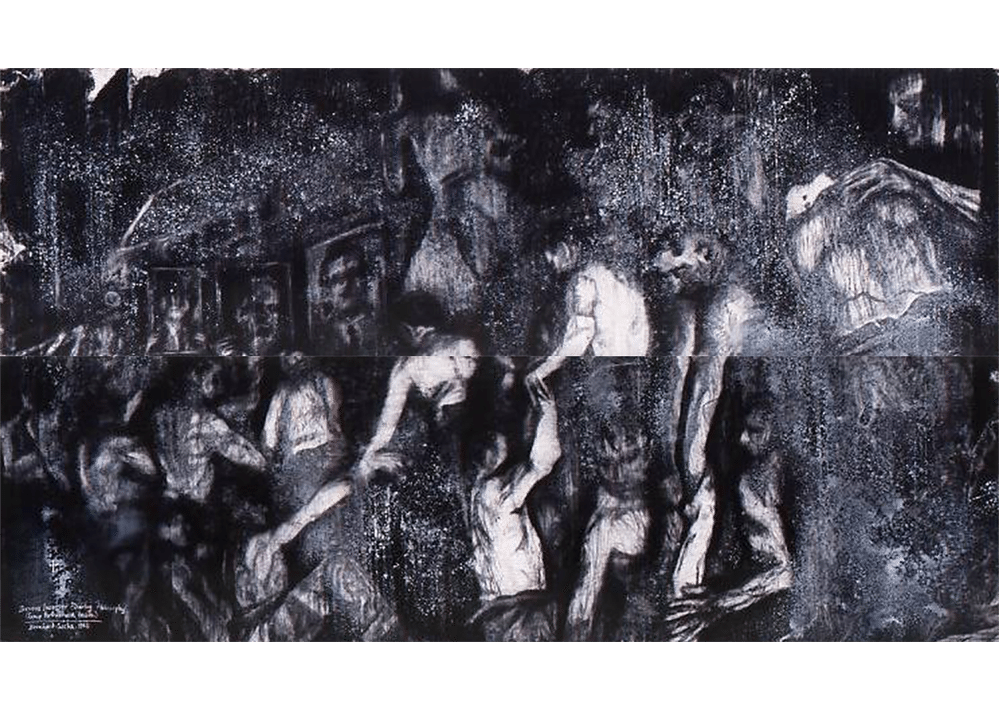 REDUX: DURING PHILOSOPHY AND AFTER 1988-2008
Bernhard Sachs

During Philosophy is concerned with the representation of history, through a re-imagining of the so-called ‘history picture’ prominent in 19th century academic painting.

We think we know ourselves through our histories, but history is composed, a ‘world picture’ drawn from the traces of the experiences of others – family photos, documents, newspapers, film, official records, ruins, stories.

Our direct experience can be very limited – we act according to someone else’s images in our heads. Our memories are elusive, the narratives change every time we revisit them: the details slip, the years become ambiguous. The fish is always the one that got away – the past, continually returned to or sought for, is not something fixed.

The works in the exhibition are drawn from photojournalism, documents and other representations, and recast into fictional history pictures that During Philosophy presents as real.